As a Daily Express poll shows a large number of Britons in favour of a referendum on EU membership, we outline the case for Britain remaining in Europe. 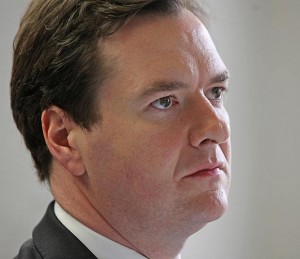 The Daily Express reports today that over 80% of Britons now want a referendum on EU membership:

“Nearly half of voters – 49 per cent – want their voices heard straight away”, the paper claims, while “a further third, 33 per cent, believe that there should be a vote ‘in the next few years’.”

Given the continuing Eurozone crisis, and recent statements by the chancellor, George Osborne, and Lord Owen, the question of an EU referendum appears once again to be bubbling away.

In anticipation of any upcoming fight, here are Left Foot Forward’s four reasons to remain in the European Union:

As the (largely Eurosceptic) Open Europe thinktank recently made clear, membership of the EU remains decisively in the best interests of British trade.

It gives the UK access to what continues to be a continually growing single market, governed by a single set of regulations that cuts costs and facilitates a much greater potential trade. In total, 60 per cent of British trade is with EU countries, involving 700,000 UK companies. Our EU trade provides 3.5 million jobs.

It fosters cross-border competition, driving down prices and increasing productivity, and increases direct foreign investment in the UK. Most critically, membership remains crucial for Britain as a major trading nation:

“If the UK was not in the EU it would be on its own in a world of powerful regional trading blocs suchas NAFTA, ASEAN or MERCOSUR…These large blocs would all have the advantages of large domestic markets in global trade negotiations, leaving the UK at a comparative disadvantage.”

2) Britain and the world beyond Europe

As the Economist pointed out, the niggling Euroscepticism of successive British governments has put us at a disadvantage  when it comes to economic interaction with the wider world.

Britain  is only the 22nd most popular destination for Chinese tourists, with a 0.5% share of the market. Germany, and many other European nations, comfortably outperform us in this respect, having previously joined the EU’s ‘borderless’ Schengen area in which non-EU citizens need only a single visa to travel.

Should they want to visit Britain, a second visa would be required. These consequences of cold-shouldering the opportunities offered by European integration are damaging enough: they suggest that Britain’s economic fortunes outside the EU altogether would be disastrous.

3) “The most successful peace process in history”

The European project of political and economic union was born in the aftermath of the Second World War. For well over half a century, the various evolutions of European community have maintained unprecedented peace and stability on the continent. We should not not take this happy situation, that is rooted in the EU for granted, as Labour MEP Richard Corbett argues here.

4) Europe is a guarantor of social rights

Most of the progressive legislation on working rights under the Conservatiove governments of Thatcher, Major and Cameron have come from Europe. By acting in concert, European countries avoid a ‘race to the bottom’ on workers’ rights. As Unite Assistant General-Secretary Tony Burke wrote on Left Foot Forward

There are workers – in and outside of trade unions who take for granted the pro-worker legislation emanating from the EU – as thought it has always been there. And there are those who misguidedly express anti Brussels sentiments without recognizing what they could lose.

So lets look at some of the key pieces of legislation, which have benefited working people here in the UK.

They may sound complex, but workers across the UK have received some form of protection by them:

• The part time workers framework agreement required that part-time workers’ employment conditions were not be less favourable than those of comparable full-time workers, with employers, required to take account of employees’ preferences and their requests to transfer from full-time to part-time employment or vice versa. This legislation helped thousands of low paid women workers who worked in part time jobs.

• And of course the temporary agency workers directive which aims to guarantee a minimum level of effective protection to temporary and agency workers. Although its transposition into UK law has been controversial, it does provide some protection from the gross exploitation agency workers have suffered over the years. I would suggest this was the ‘hire and fire’ Gove referred to.

• This was coupled with the health & safety in fixed term and temporary employment – an EU directive (91/383/EEC) which ensured that fixed-term and temporary agency workers, who are more exposed to the risk of accidents at work and occupational diseases than other workers, have the same level of safety and health protection at work as other employees.

• Young people at work is an EU Directive which provided the protection of young people at work which insists that EU member states must prohibit the employment of children (i.e. those under the age of 15 or still in full-time compulsory education). Remember the anti-EU rants about schoolkids and paper-rounds?

• Now a personal favourite  – the working time directive, a piece of key health & safety legislation, watered down by the Tories with an “opt-out” for individuals and a piece of legislation that New Labour kept at a distance fearful of the trashing they would get by the Mail and the Sun for being seen curtailing peoples right to work all the hours God sends no matter what the consequences are.

• “We must all be up to this challenge together”: A new social compact for Europe 8 June 2012

• Eurobonds are about solidarity, which is not Cameron’s strong point 8 June 2012

35 Responses to “Four reasons Britain should stay in the EU”