Less than half of Tory MPs want to impose a cap on pay day loan credit charges that are leaving consumers in crippling debt, a ComRes survey reveals today.

Only 46% Conservative MPs want to impose a cap on pay day loan credit charges that are leaving consumers in spiralling debt, a ComRes survey reveals today. 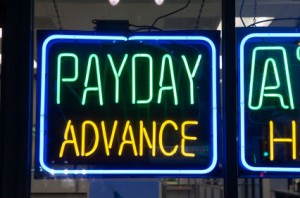 The parliamentary panel survey, commissioned by insolvency practitioners R3, shows that only 33 out of the 72 (46%) Conservative MPs surveyed wanted this change enforced, compared to 90% of Labour MPs surveyed.

MPs will vote later today on Amendment 40 to the Financial Services Bill, which would give the new Financial Conduct Authority the power to cap the charges made for credit and consequently, the cost of borrowing.

“The Treasury is confident that a range of powers is in place to help people in respect of payday lenders and high-cost lenders.”

The results of a ComRes poll of the general public’s opinion on pay day loans showed that the situation is spiralling out of control and more measures need to be put in place to protect consumers.

The poll revealed 3.5 million people were considering taking out a high-interest pay day loan in the next six months, and that:

• 60% of those who have taken out a high interest loan regret the decision.

• 48% of those who have taken out a high interest loan believe it made their financial situation worse.

• Only 13% of those who had taken out a pay day loan felt it had had a positive impact on their finances.

Labour MP for Walthamstow Stella Creasy has been campaigning for a cap on pay day loan credit charges since 2010.

“Interest rates in this industry can range from 22% to 16,000% for short-term loans. One in three payday loans is taken out to pay off another payday loan. People are drawn into spiral.

“Which? research shows one in three who take out payday loans get into financial difficulty as a direct result. It is irresponsible of the industry to pretend that there isn’t a problem. That’s why politicians need to act.

“America has lots of different types of capping. Britain is unusual in that it doesn’t. Most countries combine caps and consumer protection with a payday loan market.”

“Payday loans are not the best way to resolve debt struggles. We know that many who take them out find them to be a negative experience, often escalating financial troubles.”

By opposing this amendment, the government are turning their back on those suffering in debt and favouring money-hungry loan companies.