Cormac Hollingsworth reveals the enormous sums made from the nationalisation of Bradford and Bingley and Northern Rock, and asks what it's being used for. 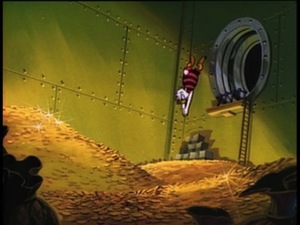 Forget the sale to Virgin Money of Northern Rock, the profitable part of the Labour’s nationalization of the Rock and Bradford & Bingley is still within UK Asset Resolution (UKAR) that announced its preliminary results today.

UKAR was so profitable that HM Treasury managed to smuggle £125 million out the door without calling it a dividend (dissembling, they called it an increase in the cost of the working capital facility). That’s in just one year. But that’s a fraction of the ongoing profitability in UKAR.

UKAR is generating ongoing profits of £1.8 billion per year. Once you take into account UKAR managed to cut the risk in its lending by £15 billion during the year, from £110 billion down to £95 billion, a lot of this is now excess capital that isn’t needed within the bank. It could be spent elsewhere.

And what’s more, because it’s ongoing, this will be generated every year going forward (UKFI calculated this week that in the over the next 15 years, £32 billion of profit would be paid to the Treasury from UKAR).

Excess capital has appeared in the recent history of these bank nationalisations: in Virgin’s purchase of Northern Rock, Virgin was sold so much excess capital on the Northern Rock balance sheet that Virgin could use £250 million of it on day one to pay HM Treasury for their purchase (daft I know, but it’s true).

But if UK Asset Resolution is generating £1.8 billion of ongoing profits and (we estimate) £1.3 billion of excess capital every year (that is what ongoing means in accountancy terms), then where is this money going to go?

Osborne told us this week that “UK has run out of money”.

But as we show here, Left Foot Forward have just looked under the bonnet of UKAR found a couple of billion.

Why doesn’t Osborne use the annual profits of almost £2 billion a year from Labour’s nationalized UKAR in a revived Educational Maintenance Allowance to help our younger readers stay in school?  Or is he hiding to cut the 50p tax rate just before the election?

• How we were all Glazered by Virgin’s purchase of Northern Rock – Cormac Hollingsworth, November 24th 2011

15 Responses to “Northern Rock and Bradford & Bingley: Labour’s gift that keeps on giving?”