Jos Bell reports on the leaking of the first draft of the Transitional Risk Register of the health and social care bill, and the dangers to the NHS.

It is just a week since the health and social care bill passed into law and already the landscape is changing before our collective eyes. 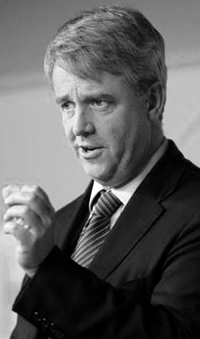 Now, in yet another Department of Health whistlestop whistleblow we are all catching a sharp intake of breath as we finally have sight of the desperately sought Transitional Risk Register (pdf), leaked in its draft form to the splendid Roy Lilley.

Yes – we were right to demand it. Yes – we are right to be alarmed. Yes – the government should be ashamed of their actions in ploughing on regardless.

Lack of adequate planning, hiked costs through privatisation, and a raft of other threats score a bright red 16 on the scale of risk.

A core element of the alarm voiced by opponents of the health and social care bill has been the prospect of vast quantities of NHS funds being swallowed up in legal costs where private companies use the complexities of European Union competition law to challenge decisions made following tenders to service.

This risk was flagged up time and again during debate in both the Commons and the Lords. Indeed both Circle and Assura have already made a range of challenges to commissioning decisions (pdf) in Cambridgeshire, the west country,  and in North Yorkshire while some in the legal profession are even rubbing their hands in glee at the prospect of joining in.

So here we are. After months of heated debate warfare, we now find ourselves on the delivery battleground. Although some specialist areas are taking great care to promote safe models of commissioning (pdf) it is already obvious that this cannot be guaranteed.

If the coalition thought the protests and campaigns would simply roll over and fizzle out, they are very wrong. If anything, the broadsides are likely to increase.

The notorious Serco may have just won the contract to deliver Suffolk’s community services with more no doubt in their aspirational pipeline, while Surrey has gone to Assura/Virgin Health and 40% of CCGs have already involved the private sector – but not only has the Labour Party pledged to continue fighting on the future premise of repeal, a group of doctors have announced the setting up of a new party to challenge the Liberal Democrats, specifically focused on the rescuing the NHS.

The backfire potential from what is evolving into a gross misuse of public funding is immeasurable, with the findings of the first draft of the Transitional Risk Register plain for all to see.

So will the new Act be an unstoppable force or will the law reveal to the electorate the full extent of Andrew Lansley and his profiteering colleagues as callous carpet-baggers? Only careful monitoring of every risk riddled twist and turn will tell.