Even though the abolition of the 50p tax rate may do nothing for growth, the fat cats will be delighted with George Osborne’s budget, writes Prof. George Irvin.

George Irvin is Professorial Fellow at the University of London, SOAS, and author of Super Rich: the growth of inequality in Britain and the United States: London, Polity

Today’s budget is a damp squib, purportedly ‘neutral’ in clawing back the conveniently small sums lost by abolishing the 50p rate on very high incomes. 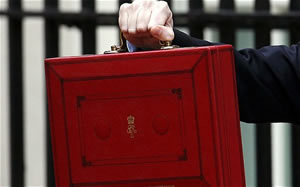 Super expensive houses draw higher stamp duty, middle-income earners will benefit from raising the tax threshold and there is a watered-down anti-avoidance principle; but corporate tax will fall to 20% by next year and new loopholes will appear.

The pundits are pretty unanimous that George Osborne has done nothing of significance to promote UK jobs, it contains no growth strategy and there’s no real help for the disproportionate burden borne by the poor or by women.

NIESR says the depression will last at least another year, longer than in the 1930s; the IFS has called for a fiscal stimulus; at the Bank of England the MPC is gloomy while the OBR is not about to revise its 0.8% growth forecast for 2012 upward.

As for the commentariat, Osborne’s strategy has been excoriated by everyone from Larry Elliott to David Blanchflower, from Heather Stewart to Robert Skidelsky. Even business leaders like BA’s Willie Walsh think Osborne has forsaken growth.

The obvious question is why anybody would expect George Osborne to produce a budget promoting growth or based on fairness? After all, since 2009, the financial sector has continued to prosper and the rich have grown richer.

It cannot be repeated often enough: the captains of finance – not ordinary Britons – are Osborne’s constituents. The City put him in power and he will remain in power as long as he serves their interests.

Their interests are pretty obvious: low interest rates and fiscal rectitude will help keep sterling strong and capital flowing into the UK, while labour market deregulation, wage cuts and high unemployment will keep trade unions cowed and inflation in check. Privatising public services will fill the coffers of corporations at the expense of the public.

A tax cut for the rich may not boost growth, but the fat cats will purr more loudly.

One could of course produce a raft of Keynesian arguments in favour of public investment as the keystone of a strategy for growth, as many have done over the past few years. But the time for analytical dissection of the budget has passed, and arguments about the micro-impact of this or that bit of fine print appear to fall on deaf ears.

Osborne’s budget is about naked class interests. The current crop of Tory MPs is more reactionary than those under Margaret Thatcher or even John Major. Thirty years of right-wing politics – only slightly alleviated by the Blair-Brown interregnum – has produced a generation of neoliberal politicians unapologetically aggressive in their pursuit of rampant self-interest.

It is their good fortune to have taken on board some cheaply obtained Lib Dem window dressing.

When will it end? When the ranks of the opposition have grown bold enough to say it loud and clear that plutocracy in 21st-century Britain is an absurd anachronism.

This budget, in combination with the passage of Andrew Lansley’s shameful NHS bill, merely serves to highlight the need for a far more important debate: how long can Britain continue to call itself a democracy when it is ruled increasingly in the sole interests of big money?

47 Responses to “Budget 2012: It may do nothing for growth, but the fat cats will purr more loudly”