The real Andrew Mitchell tax scandal is his department’s failure to stand up to George Osborne over his watering down of tax haven legislation. 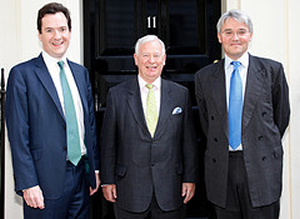 The international development secretary, put money into a network of privately owned companies that are at the centre of a landmark tax avoidance case.

The transaction, while legal, is described by Revenue & Customs as “aggressive tax avoidance”. It was challenged even before the Government began to curb stamp duty avoidance…

Mr Mitchell was a shareholder in DV3 Ltd when, in 2006, it used a loophole to avoid paying £2.6 million in stamp duty on the purchase of the Dickins & Jones department store building in Central London…

The company maintained stamp duty was calculated on the lesser amount, reducing the rate from 4 per cent to nothing.

Distasteful, objectionable, even offensive, some might call it – but there’s no mention in the article, or elsewhere in the paper, of the bigger Mitchell tax scandal, namely his failure to stand up to the chancellor over the changing of the rules regarding tax havens, which will benefit multinationals and hit developing countries.

Osborne actually watered down the UK’s anti-tax haven rules in the budget. The OECD estimates poor countries lose three times more to tax havens than they receive in aid each year, with the Treasury’s own estimates suggesting the UK will lose £1 billion a year as a result of the budget.

Anti-poverty groups like ActionAid have been warning the government for some time that changing these rules are likely to cost poor countries £4 billion a year, as UK multinationals operating in the developing world are able to shift more of the profits they make there into tax havens.

The latest accusations are particularly embarrassing for Mitchell, given the impact of tax havens on the developing countries his own department supports, and with the international development select committee currently investigating DFID’s approach to tax and development, he will have some tricky questions to answer.