the threads of forbearance and liquidity holding up the balance sheets of the private banking system are growing perilously thin, writes Ann Pettifor. 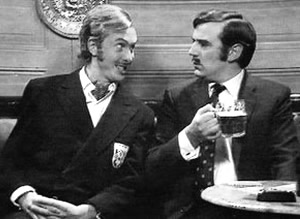 Ann Pettifor is the director of PRIME – Policy Research in MacroEconomics

As I have emphasised before (to no avail it seems) Britain’s crisis is one of a vast bubble of private sector debt.

These private debts eclipse – by a huge margin – our public sector debt as a share of the national cake. They help explain why the economy struggles to recover from the shocks of 2007-9, and why the banks still pose a grave systemic threat.

The fact is Britain’s household, corporate and financial sector debts are vast, and may well never be repaid. As the McKinsey Global Institute points out, British banks, corporates and households are only beginning to ‘de-leverage’ these debts – pay them down, or write them off.

The more is paid down, the less is available for spending. The more are written off, the greater the losses for banks.

Yet our government has skilfully led public opinion to believe that the crisis in the private finance sector is over (bar the odd spat over bonuses), and now centres on public sector debt – a point of view endorsed, according to Twitter, by Angela Knight of the British Banking Association last week.

Labour, spurred on by the “In the Black Labour” group, help reinforce this flawed, and dangerous framing of the economic debate.

Of course, this is not accidental. The private sector – in particular the private financial sector – is happy to be kept out of the frame by obliging politicians. And anyway bankers are actively being shielded by this, and other governments, from facing the reality of their own insolvency.

It is possible that this shielding of the finance sector could be sustained until eventually central bank liquidity injections help banks and other sectors get their balance sheets in order. But as we all know from personal experience, short bursts of cash may delay, but do little to avoid, bankruptcy.

But the banks’ cover is most unlikely to be sustained if, while trying to fix their balance sheets governments are deliberately contracting economic activity: in other words, cutting the incomes of their customers.

The fact is that for every firm that loses a government contract, and for every person made unemployed, there will likely be a defaulter on a loan; for every weakening firm and unemployed person, there will be one more customer cancelling an order or snapping their purse shut.

For every default, and for every lost customer, there are weakening balance sheets – for both firms and banks – making it harder for the financial and corporate sectors to recover from the crisis, and deal with their huge debts. Indeed austerity makes their predicament much, much worse.

But the threads of forbearance and liquidity holding up the balance sheets of the private banking system are growing perilously thin. There are signs of another credit crunch – the most significant evidence was revealed after the ECB’s Long Term Refinancing Operation on Thursday last week.

It appears banks are no longer lending to each other. Just as the credit crunch of August 2007 was heralded by a freezing up of inter-bank lending, so history is repeating itself. According to the FT (£), banks deposited a record €777bn overnight with a state-backed bank, the European Central Bank last week, up nearly two thirds from the previous day.

Banks borrowed from the ECB at 0.5% on one day, and then the next, re-deposited funds with the ECB for less – 0.25%. This would normally be odd behaviour, because banks could earn a great deal more by parking the money with other banks in the inter-bank market. However, because they know the truth of the solvency of other banks, that market scares the hell out of them. Which is why they are parking their (our) money with a bank that cannot go bust: the taxpayer-backed ECB.

Given that our politicians have deliberately turned a blind eye to the crisis in the private finance sector, this should worry us too.

• The Bank of England is like a lifeguard who’s afraid of rubber rings – Cormac Hollingsworth, March 1st 2012

• The next credit crisis will hit consumers, not banks – Carl Packman, February 26th 2012