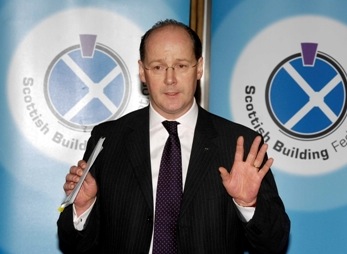 Amidst the ongoing air of crisis in Brussels over the future of the Euro, John Swinney is this evening expected to rule out an independent Scotland joining in the euro for at least a decade.

Publishing extracts of his lecture at the David Hume Institute in Edinburgh the Scotsman reports that the Scottish finance secretary will say to those gathered:

“I can’t foresee a set of circumstances that will see the economic conditions being correct for the euro for some considerable time. It would be difficult to define that but it feels neither to me like the short term or the medium term.”

Meanwhile, seeking to make contrasts between an independent Scottish government and the economic path taken by the UK coalition, Swinney today argues in a guest piece for the Scotsman:

My vision of an independent Scottish economy is one in which monetary policy acts to underpin price and macroeconomic stability, supported by fiscal and economic flexibility to promote growth and create jobs. Price stability is the key to creating an environment that is conducive to trade, investment and economic growth.

Indeed, this is one reason why all major industrialised economies including the UK, the Eurozone, Japan, Australia, New Zealand, Canada and the USA have established independent central banks with the core focus upon maintaining price stability.

Scotland would continue with such an arrangement post-independence in a sterling zone with the Bank of England responsible for monetary policy.

But monetary policy cannot directly tackle youth unemployment, promote innovation, boost skills, target overseas investment or promote investment in key sectors. To address these issues we need greater fiscal powers and an opportunity to use them.

This vision, he said, compares with George Osborne’s plans which, he declares are:

“Proving to be self-defeating with borrowing now rising.”

The finance secretary’s remarks come as Whitehall appears to be in some state of confusion about whether Scotland would or would not be able to keep the pound.

Speaking just last month to the BBC in Scotland, Scottish secretary Michael Moore made clear that he did not see any legal problem with Scotland maintaining sterling. This as George Osborne gave an implicit threat to ban Scotland from keeping the pound.

Assessing Swinney’s thinking on the issue meanwhile, the Scotsman’s editorial has argued that his remarks raise more questions than they answer, concluding:

The more we learn of the Nationalists’ plans for an independent Scotland, the less we know for sure.

That is the only conclusion to be drawn from the interview with finance secretary John Swinney, which we publish today. Mr Swinney, a respected figure less prone than some colleagues to resort to the politics of assertion, has revealed significantly more about the SNP’s economic thinking. But for every answer, more questions arise.

Take the issue of the currency Scotland would adopt after independence. We learn, surprisingly, that the SNP believes Scotland will be part of the sterling zone for at least a decade.

On the face of it, this is welcome clarity with Mr Swinney ruling out any attempt to join the eurozone and stressing his determination to bring certainty and financial stability to a newly- independent Scotland.

Yet this attempt not to scare the unionist horses raises further policy questions. What will Scotland’s relationship with the Bank of England be exactly? How will it interact with and influence what will in effect become a mini-European Central Bank, the central bank for the nations of the former United Kingdom?

19 Responses to “Swinney on Scotland currency – more questions than he answers?”