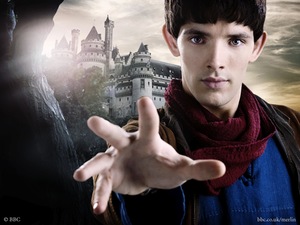 Growth in the UK economy in the decade up to the financial crisis and recession was dominated by large companies and institutions. In the private sector, big banks grew rapidly and major food retailers increased their market share. Meanwhile, in the public sector there were large increases in employment in the health service and in education.

The next decade will be very different. The problems facing the banks as they seek to repair their balances sheets and restructure in response to the Vickers Commission’s recommendations (assuming these are implemented in full by the government) are well known.

At the same time, if growth in future is driven less by debt-financed consumer spending, the major retailers are likely to find the going tougher. And in the public sector, financial constraints mean that it is more likely that employment across the health and education sectors will contract than expand.

In this environment, if the economy is to grow at a healthy pace small businesses will have a vital role to play. Dynamic small companies will have to help generate the growth and create the jobs that are needed for the economy to return to full employment.

But this will only be possible if they can attract the finance they need. Entrepreneurs need funds to establish new businesses; and small firms need funds to expand and to allow them to take on more employees.

Project Merlin – the deal between the government and the five major UK banks – is supposed to deliver some of this finance.

The banks were committed to lending £76 billion to small and medium-sized enterprises in 2011 (more if demand exceeded this level). In the first three quarters of the year, Bank of England figures show lending amounted to £56 billion, suggesting the banks were just about on course to meet the full-year target.

But anecdotal evidence gives a very different impression. There are frequent complaints from small firms that credit is often not available, and that when it is, it is only at a high price or on very restrictive terms. The government needs to listen to these complaints and find a way to make the banks offer more support to the small business sector in 2012.

But obtaining bank finance is not the only problem small companies face. As they grow, they also look to equity finance to back their business expansion plans. But they find investors are more interested in seeking short-term gains from large companies, than they are in investing for the long-term in smaller companies.

IPPR has just published a research paper by Gervais Williams, an asset manager at MAM funds, arguing that tax changes are needed to promote long-term responsible investment in smaller companies at the expense of short termism.

His analysis shows how an outflow of investment from the small companies sector over the last decade has weakened its ability to respond to the challenges it now faces and he argues that this outflow needs to be reversed.

Institutions, such as pension and insurance funds, should be encouraged to invest less in large companies and in overseas equity markets and more in smaller companies in the UK market.

In a low growth world, where dividend payments are likely to account for a bigger proportion of the returns from investing in equities, backing high-yielding small companies – which tend to outperform the equity market over the long-term – might just make good sense.