Will Straw explores the release of the UK's trade figures today, and asks what they mean for the chancellor's claim that the Eurozone is to blame for our shrinking GDP. 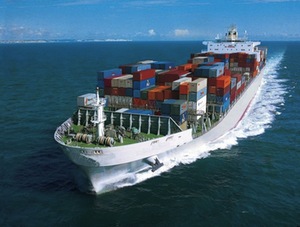 While both Germany and Japan have reported bad news on trade in recent days, the UK’s export performance has picked up. New figures released today undermine George Osborne’s claims that the Eurozone was to blame for the contracting British economy.

Trade figures released this morning by the Office for National Stastics show that the UK’s trade deficit was £1.1 billion in December compared with a deficit of £2.8 billion in November. This is the smallest deficit in nine years.

Last month’s figures for growth in the fourth quarter of 2011 showed that overall economic activity had fallen by 0.2 per cent. At the time, George Osborne blamed the Eurozone crisis for the decline but figures released by the House of Commons library a few days earlier had shown that over the course of 2011, growth in trade was all that kept Britain growing.

As Guido Fawkes has noted,

“It is a myth that the decline in GDP has anything to do with the €uro-crisis leading to a decline in exports to the €urozone. The barriers to growth are a domestic problem.”

The Bank of England remain sufficiently worried about the economy to announce a further £50 billion of quantitative easing. According to the Telegraph, the ONS indicated today that the positive trade figures and a boost for manufacturing were not enough to change the first GDP estimate for the fourth quarter of 2011, which showed the economy shrank by 0.2 per cent.

But they do make it less likely that Britain has avoided a technical recession by growing in the first quarter of 2011. For once, the OBR may find that their predicted rise in GDP of 0.1 per cent in this quarter is accurate. The chancellor will certainly hope so.

• What an export-led recovery may mean for the world – Nick Dearden, January 25th 2011