With youth unemployment continuing to rise, and the number of neets at record levels, Jobcentre Plus needs urgent reform, writes Amanda Ramsay. 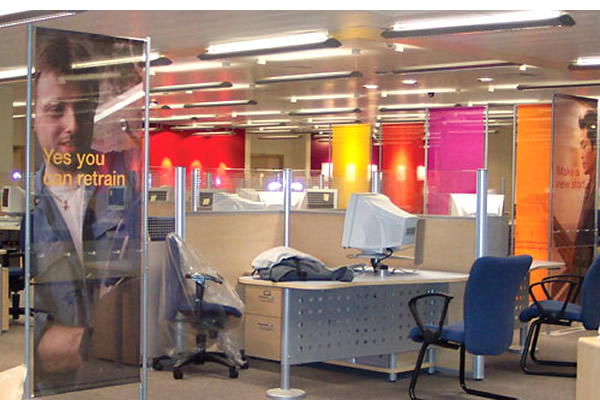 With youth unemployment continuing to rise, and the number of neets at record levels, Jobcentre Plus needs urgent reform, writes Amanda Ramsay

In light of February figures showing a whopping 1.04 million out of work youngsters, nearly a quarter of all young people aged 16-24 are not in education, employment or training (NEETs) and face the dole queue, a depressing prospect for any age group.

Job centres need urgent root and branch reform so they are genuinely effective resource providers and a real part of the solution.

This week Labour’s shadow chief secretary to the Treasury Rachel Reeves MP hit the nail on the head, that come 2015 Labour must be seen not just as the saviours but as the reformers of public services.

The old labour exchange model has no place in a post-industrial, service-led economy. Whole scale reform of the Jobcentre Plus (JCP) system couldn’t come fast enough, especially if recent research from Amp Insight is anything to go by.

“Amp Insight has heard from young people across London that the stigma around claiming benefits and the reality of walking into Job Centres is putting people off engaging with a system that should be helping them as they search for work.

“The Amp Insight report, to be launched in March, will include suggested reforms from young people themselves, in terms of both brand and structure.”

Job centres should be run by the government, not privatised, but there is no reason why partners in the form of companies and charities could not work with government to renovate job centres to be more user-friendly.

In this age of deficit reduction and cuts in public spending, public-private partnerships might have to be the answer. Government working closely with socially responsible organisations could modernise job centres and job seeking practices.

As Stephen Uden, head of skills and economic affairs at Microsoft, told us:

“The JCP experience could be transformed by improving the facilities in centres, equipping centre staff with better information on local resources and using online engagement with young people in particular to reduce engagement cost.”

Microsoft, who has got 5,000 people into work through its Britain Works programme, could be a perfect potential partner.

Job centres are the one point of contact for all unemployed people and more could be done to make them dynamic gateways for individuals to access the right help to find work.

A more holistic approach is needed with some deep down lateral-thinking, to involve local charities, colleges and companies in things like redesigns of local job centres, from students and the work done with trainee builders, painters and decorators.

More than money, an injection of imagination is needed most. Clever partnering could see rejuvenation, with state of the art computer suites, online access points and even internet style cafes with ID codes for registered unemployed to access facilities for half-hour sessions at a time and reduced rates for on-site coffees, teas and soft drinks, where young people could look for work in a supportive atmosphere.

Shockingly, research from the Association of Colleges shows that as few as 6% of school leavers know that apprenticeships are an option for them. While schools are targeted and graded on academic qualifications, huge numbers of young people with non-conventional academic capabilities are not being catered for with vocational training. The journey to work readiness needs to start in school.

If you’re interested in any aspect of the issues around youth unemployment, whether a 16-24 year-old yourself or an employer trying to find young employees, why not come along to the Pragmatic Radicalism event in Birmingham tomorrow (Friday 24th February); details here.