George Irvin argues that Labour shouldn't have bought in to the narrative about debt, and presents the true economic position. 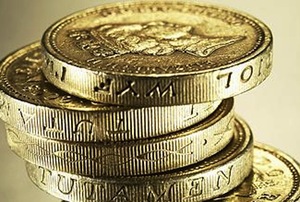 There has been much cant in the past weeks from shadow ministers and advisors about the need for Labour to ‘come clean’ on government debt, the need for deficit reduction and suchlike, much to the delight of the Tory press. In truth, Labour needs to come clean on why debt is not a bad thing and that Britain’s net debt-to-GDP ratio is quite sustainable.

Of course it is quite true to claim that for the average voter, debt is a ‘bad thing’. As times grow tougher, ordinary citizens become more risk averse.

With wages growing more slowly than inflation and jobs becoming increasingly scarcer and less secure, little wonder that the prospect of going into serious debt is a nightmare. Moreover, we are told every day that the government is in serious debt.

That is why voters are intuitively afraid of so-called ‘tax and spend’, or the idea of Labour coming to power, spending more and increasing Britain public debt.

However, as any first year economics student knows, the government budget and the household budget don’t work the same way.

For one thing, where domestic private savings are increasing, unless there is a miraculous export boom, increased government savings can only be compatible with lower national income; ie, with even greater unemployment and uncertainty. For another, government debt is actually useful!

Government debt is useful for a variety of reasons.

First, tax receipts typically will not cover both government current and capital expenditure, and there is no reason why they should.

Since capital expenditure benefits future generations, it is more sensible to finance this by borrowing and repaying over the long term than raising the money entirely from the current generation. (The analogy for a family is obviously taking out a mortgage to buy a long term asset such as a house.)

Secondly, and crucially, households and institutions want to hold government assets because they have been traditionally considered almost risk free — where a government can print its own currency (eg, the USA, the UK, etc) government cannot ‘go broke’.

Since such assets mature and must be replaced, there is typically strong demand for government paper. Any portfolio should in principle include low risk assets; so banks, corporations, pension funds and even individuals will be keen to buy government bonds, the ‘reference’ (benchmark) bond having a 10-year maturity.

Thirdly, for most large countries, the majority of government bonds are held domestically.

For example, when the UK government borrows an extra £100 from its own citizens, what appears on the government’s books is an extra liability. From the point of view of the UK as a whole, this £100 liability is offset by the extra asset held by the bond purchaser, so although the government may have increased its indebtedness, the UK has not.

Finally, it is crucial to note that almost all discussion of public debt refers to gross debt, ignoring public sector assets.

If one uses the OECD measure of public assets (e.g., foreign exchange reserves, gold in the central bank and public enterprise net value), the UK’s net public debt increased from 29 percent of GDP in 2007 to only 56 percent in 2010.

The failure to distinguish between the two — or even provide economic rationale for using gross debt — reflects the uninformed character of the debate over public debt in the United Kingdom and elsewhere.

The voting public cannot make well-informed choices unless such principles are explained. Obviously, voters cannot be expected to have an economics degree, but then neither are the above principles the stuff of advanced rocket science.

In truth, most of the financial sector despises big government and fulminates against public debt while enjoying the enormous profits it makes from private indebtedness.

Is government really broke — or is it merely in thrall to vested interests, to the small number of fat cats who own much of the nation’s wealth? If the two Eds are to break with the past and come clean about anything, it’s this that needs explaining and repeating ‘loud and clear’ — not next month or next year but now!

• Politics vs Economics: setting the scene for the Fabian’s Next Economy conference –Marcus Roberts, January 13th 2012

32 Responses to “What Labour needs to say about debt”