Today’s inflation statistics presage what will be one of the few positive economic stories this year, writes the Resolution Foundation’s James Plunkett. 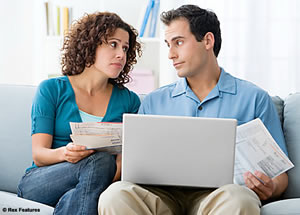 Today’s ONS inflation statistics presage what will be one of the few positive economic stories this year, writes James Plunkett, secretary to the Resolution Foundation’s Commission on Living Standards

That of course means inflation remains at more than twice the level of its Bank of England target. Nonetheless, future months are likely to see further falls, bringing welcome relief to real household disposable income.

Yet, as I’ve argued before, it’s increasingly important to dig beneath the inflation stats to see what’s driving the overall averages. As a recent report (pdf) from Donald Hirsh from the Resolution Foundation confirmed, the pattern of inflation has shifted dramatically in the past ten years with corrosive implications for living standards.

As Figure 1 from the report shows, the 1990s saw key household costs like food and fuel grow more slowly than overall inflation.

In the 2000s this picture looked very different with almost all of the major costs borne by low to middle income households rising far faster than headline inflation.

So what do today’s inflation stats say about different categories of goods? The story is pretty positive. As Figure 2 shows, food inflation is down less than overall inflation but it remains below the headline rate.

Inflation in household fuel and transport costs have both fallen significantly, though both remain high.

In the coming months, as inflation falls, we need to keep an eye on these figures. Although the headline inflation rate remains important, price cuts from major energy companies and food retailers will also be key to whether lower inflation really eases the squeeze.

• Rip-off Britain: Our train fares are triple those on the continent – Sophie Allain, January 3rd 2012

• When does economic growth benefit people on low to middle incomes – and why? – James Plunkett, November 21st 2011