Cameron’s EU decision must be seen as an opportunity in opposition to both lead and win a debate on the twin issues of the future of multilateralism and Europe. 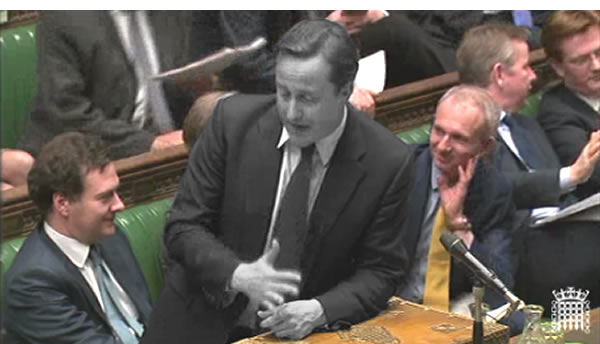 James Denselow is the director of the New Diplomacy Platform

Cameron’s decision to deploy the veto and push Britain to the periphery of Europe should not come as a surprise to veteran Tory watchers. What makes the decision harder to stomach is that the nettle which was a public debate and defence of Europe was not truly grasped under the previous Labour administration, with Tony Blair regularly seen as great at talking about Europe to the Europeans but not necessarily his own public.

A new report (pdf) into Labour’s future foreign policy priorities released today suggests a future Labour government must stand up for multilateralism and Europe more effectively than ever before with Cameron’s cack handed attempts to play the statesman providing the party with fresh political space to compete over.

Over a three month period in the spring and summer of 2011 we interviewed more than 30 MPs, former ministers and political advisers, newspaper editors, foreign policy specialists, and former civil servants to garner their opinions on Labour’s record in office over the past 13 years, what its foreign policy focus should be, and how it can reclaim its position as the agenda-setting party on international affairs.

There was near-unanimous despair, even among non-Labour affiliated interviewees, about Europe. The shortsightedness of the government’s rhetoric and action on Europe was highlighted as a particular cause for concern. Among others, David Rennie, political editor of The Economist, and Charles Grant both highlighted the anti-European legislative and diplomatic action by the current government.

“Britain has opted not to attend meetings of the ‘euro plus’ group Of the 27 EU member states only the UK and two or three others are choosing not to attend these meetings, following last week’s events that could now be narrowed down to the UK alone.

“There is also a danger that, when the ‘euro plus’ group starts to hold summits, the UK will arrive at an EU summit and find 26 countries have already fixed their position on a key economic policy issue. This is damaging for our national interest.”

“We have always been an outlier but we are now risking becoming completely irrelevant.”

“In every other area of the world the nation-state is being empowered. The only exception is the EU where member states will become increasingly reliant on its collective leverage.”

The bottom line for the UK is that as the world’s power shifts across the globe the only way to remain influential is by being at the leading edge of the EU. The Chinese, Indians and Brazilians for example will respect and listen to the UK only if they see us as being a leading player in the EU and a key liberalising force when it comes to market access.

Labour has always prided itself on its internationalist values; former Blair Chief of Staff Jonathan Powell told us:

“Values can be placed on a matrix that defines principled idealists against pragmatist realists, and open internationalists against closed little Englanders.”

Cameron’s decision must be seen as an opportunity in opposition to both lead and win a debate on the twin issues of the future of multilateralism and the EU.

• Will Van Rompuy save Cameron from a referendum? – Ben Fox, December 8th 2011