Cormac Hollingsworth explains why, although we don't know what did cause Cameron to walk out of the EU talks, we can be pretty sure what it wasn't. 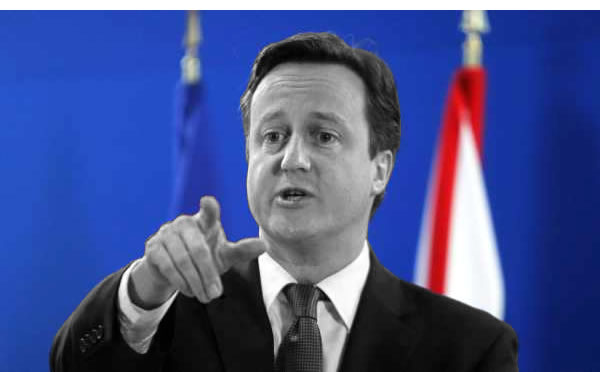 Cameron’s defence of his “veto” was the threat of the EU’s planned attack on the City, through the financial transaction tax, and the regulation of the banks.  However, these excuses don’t add up.

Cameron claimed that the UK will not be allowed to follow the recommendations of the Vickers report and regulate UK banks more stringently than the EU has agreed.

But bank regulation agreed at the EU level have always been an agreement of a minimum level of regulation, leaving it to individual jurisdictions to decide whether they want to impose further regulations.

For example, Switzerland (a non-EU country, but one that follows EU banking directives) has suffered no cost from the EU for demanding that Swiss banks now hold double the capital of the EU minimum level.  It’s simply not the case that the EU would stand in the way of the Vicker’s recommendations at all.

Cameron’s second excuse of the threat of a Financial Transaction Tax argument is even more flimsy.

Everyone knows that for the FTT to work, the US also has to agree to have the tax as well. That’s because financial transactions are global, and if they’re only taxed in Europe, the trades will easily move to the US instead, making the tax pointless.

Therefore the fact that Tim Geithner, the US Treasury Secretary, is very openly opposed to an FTT means that there is no threat of the FTT ever happening. It can’t be an excuse for a veto.

Understandably there is still a degree of confusion about what prompted Cameron’s use of the “veto”.

The veto was so quick and so unexpected that most people are still trying to come to terms with it. The EU’s Economic Commissioner, Olli Rehn’s bad tempered comments on Monday are a good example of this confusion. Mr Rehn’s response to Cameron’s “veto” was to state that :

“there was no way that the EU would allow UK regulator to deregulate their banks.”

In Mr Rehn’s mind that could be the only possible reason for using a veto to defend the City, but as we know, Cameron claims the threat of the EU is to stop a the UK setting the more stringent regulation of the Vickers report.

When the dust settles, the shocking truth will be apparent: the City was never under threat, and there was no excuse for Cameron’s “veto”.