John Finnie writes about the introduction of a new law in Scotland which aims to drive the ugliness of sectarianism from football north of the border. 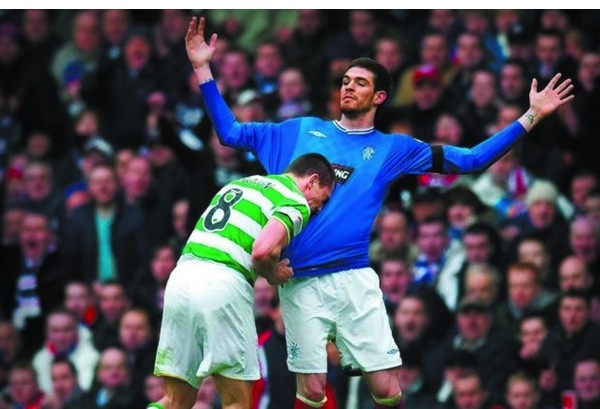 Following a weekend which saw football fans in Glasgow protest over the Scottish government’s plans to tackle sectarianism, MSPs will today get the opportunity to debate the measures contained within the Offensive Behaviour at Football and Threatening Communications bill; ahead of the debate, John Finnie MSP (SNP, Highlands and Islands), a member of the parliament’s justice committee and a former police officer for 20 years, outlines the case for the legislation

Football is Scotland’s national sport and, sadly, the beautiful game in season 2010-11 will not be remembered for its great matches. Rather, many will recall, with shame, the threatening mail, the parcel bombs, the hateful online messages and a football manager attacked at a game screened around the world.

Following last season’s shocking events there was an understandable public demand for the government to act to avoid any repetition. The government acted swiftly, indeed too swiftly for some. So, when we listened to those wishing more time to consider our proposals, and extended the legislative timetable, the Scottish parliament responded positively approving the general principals of the bill by 103 votes to five.

It is unfortunate that the initial consensus, entirely in line with a poll which showed 91 per cent of people in Scotland back stronger action on sectarianism, withered as the bill progressed.

The first criminalises threatening or offensive behaviour likely to incite public disorder at a regulated football match, including offensive singing or chanting.

The second offence is concerned with the communications of threats intended to incite religious hatred or threats of serious violence (other than through unrecorded speech) wherever these are made. It also covers implied threats (e.g. bullets or images depicting serious harm) and postings on websites like Twitter and Facebook.

The legislation was scrutinised in great detail by the parliament’s justice committee.

Scotland’s senior legal officer, the lord advocate, twice gave oral evidence, on each occasion laying out the deficiencies of the existing legislation. The lord advocate was supported by those who police our matches, the Scottish Police Federation, the Association of Scottish Police Superintendents and the Association of Chief Police Officers in Scotland; front-line officers, match-commanders and strategic leaders respectively.

The committee also heard from the British Transport Police who police fans using our rail network to attend matches, and they too warmly welcomed the additional powers.

The majority of the committee supported the new offence of offensive behaviour at football believing that ‘the government has made the case that there are gaps in the law that do not enable the police and prosecutors to target offensive behaviour effectively.’

Many lay-people wrongly believe the common law crime of ‘breach of the peace’, a long time catch-all charge for a range of behaviours, is sufficient to address the conduct that must be tackled.  However in his evidence the lord advocate referred to examples of racist behaviour that had not been classed by the courts as a breach of the peace.

In relation to songs being sung, the lord advocate has issued guidelines which emphasise that it is matter for the judgement of a police officer and points to types of songs and lyrics that are likely to be threatening or express hatred, for example those which ‘promote or celebrate violence against another person’s religion, culture or heritage’. Importantly, as well as being threatening or offensive ‘it must be proved that the conduct was likely to incite public disorder.’

Important too to note that elsewhere in the UK, and in the Irish Republic, there are specific offences criminalising threats made with the intent of inciting religious hatred so legislation is required to change this for Scotland.

The ‘threatening communications’ aspect of the bill drew wider consensus with an acknowledgement of a need to have in place specific legislation to address increasing internet use and the growth of social media.

The Scottish government will legislate after listening and responding to a wide range of views. The legislation will contain a ‘review clause’.

It will allow for the extension of the offence to cover additional characteristics including age and gender at a later date, which will enable the issues to be examined following further consultation and a full examination of evidence. The government have no wish to infringe legitimate freedom of expression and have no objection to the inclusion of such a clause in the legislation.

The SNP government have understood right from the start that the vast majority of football fans in Scotland deplore sectarianism. With the regard to the troublesome minority already there is some welcome evidence of supporters modifying their behaviour and this is most welcome.

In conclusion, the need for the legislation has been explained by legal experts, the police and prosecution authorities.

Existing breach of the peace legislation alone is not sufficient and it is important that law enforcement agencies have the necessary tools they are requesting to take action. Existing laws will remain available but this will allow for a more effective response to the issue.

The bill will only criminalise behaviour likely to lead to public disorder which expresses or incites hatred, is threatening or is otherwise offensive to a reasonable person so, here’s hoping for many trouble-free football seasons ahead across our nation, remembered by great games not blighted by off-field activities which expose a diminishing ugly element within society that has no place in a modern Scotland.