Will Straw runs through the OBR's plummeting growth projections 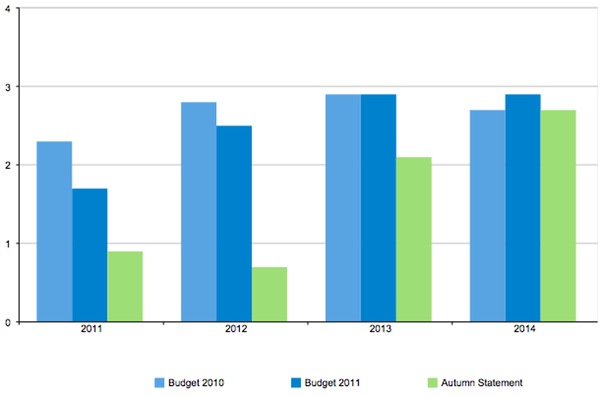 The chancellor announced today that the OBR’s projection of growth would be 0.9 per cent this year and 0.7 per cent next year. As we feared, this is yet another downgrade from earlier projections, as the chart below shows.

Given OBR’s past optimism, their prediction of a 300% increase in growth between 2012 and 2013 might also be met with scepticism.

12 Responses to “How the OBR’s growth projections have fallen”