Greek prime minister George Papandreou will offer his resignation to the President today, reports Alex Hern with the latest in the eurozone financial crisis. 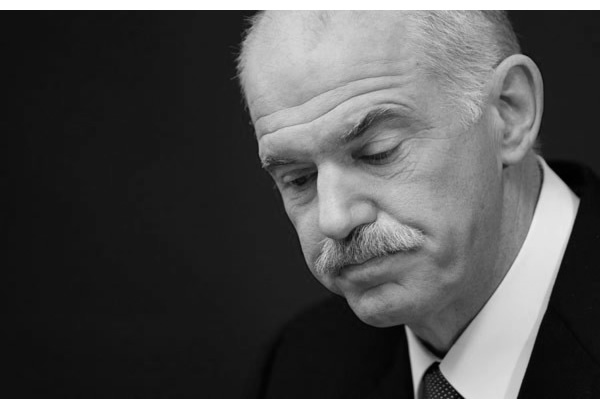 Greek prime minister George Papandreou will offer his resignation to the President today. Lucas Papademos, a former European Central Bank Deputy, is to be named as the successor, to head a national coalition government which looks likely to approve the EU bailout deal and then hold an election.

“I’m asking for the formation of a temporary, transitional government with an exclusive mandate to immediately hold elections. And the ratification of the bailout deal from the current parliament.”

Papandreou’s position in parliament appeared to be untenable this morning, with his vote to hold a referendum on the bailout – essentially a vote of confidence in his government – looking likely to fail tomorrow. It is this expectation which prompted his decision to call it a day.

The splits in parliament were matched by the splits in government. The cabinet held crisis talks over the opposition to the referendum from the finance minister, Evangelos Venizelos, who spoke out at 4:45am this morning and sparked a number of other ministers to come out against the plan as well.

The finance minister attempted, as he sat next to Papandreou flying back from Cannes, to persuade him to drop the plebiscite plan after the humiliating grilling both men were subjected to in Cannes.

The European Commision has announced there is no way for Greece to leave the Euro without also leaving the EU. Since the latter is far less preferable to Greece than the former, this ties the country’s hands still further. Their choices are now limited, essentially, to two: take the bailout, and the harshest austerity package ever inflicted on a nation; or default, leave the euro, and leave the EU.

The political class are relatively united in the belief the former is preferable, but the public are not as supportive. This was the spark for Papandreou’s attempt to put the measures to a referendum; he feared the unpopularity of such measures without popular consent would cause even more unrest.

It now looks likely Greece will take the bullet for the eurozone’s stability. Whether this is a long term solution remains to be seen.

17 Responses to “Greece is the word: Crisis in Athens as Papandreou set to resign”