Alex Hern talks about how the English Democrats are fast becoming a front for the BNP, as “ex” members come over in droves. 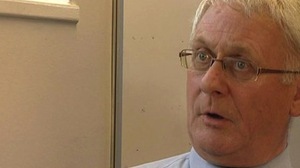 The English Democrats, a far-right party previously best known for their farcical mayoralty of Doncaster, have been steadily accepting into their organisation “former” members of the BNP.

Hope not Hate has uncovered evidence that suggests that the two parties are not so separate as they claim:

Chris Beverley, the former Yorkshire BNP organiser and councillor has detached himself from all things BNP and extremist, or at least that is what he would like you to believe.

In a speech made to the English Democrats conference held last month, Beverley stated “I endorse the EDP’s opposition to extremism. I oppose all forms of extremism.” …

Beverley recently wrote on his blog about a Leeds English Democrat meeting being held in his home town of Morley. He appealed for people to join the party and as the Leeds branch had recently opened a bank account, suggested prospective members send their membership fees and donations there, circumventing the party’s national office in Norwich.

The Leeds address for membership fees and donations is a familiar one. It’s the same PO Box that Beverley has operated for years. For much of the time it was the contact address for Leeds BNP. It appears to have shifted over to the English Democrats with Beverley too.

Further inspection however, shows that this is still the same PO Box that the BNP’s erstwhile MEP Andrew Brons also uses for his European work. If Beverley is so appalled by the politics of the BNP then why does he still work for one of its MEPs?

If Beverley’s politics had changed so much then why has a BNP MEP allowed him to continue to work for him? If there is such a wide difference in political attitudes then why do both the English Democrats and the BNP share a PO Box?

The English Democrats are ostensibly formed to campaign for an English parliament, and have previously enjoyed limited success, electoral or otherwise. It has five councillors nationwide, and is responsible for the atrocious mayoralty of Peter Davies in Doncaster’s, which was so poor that the Audit Commission recommended direct government intervention in the ‘failing’ council.

As Hope not Hate report, however, they appear to be moving to more traditional ground for the far right, working as the ‘respectable’ face of the BNP.

Beverly has also continued being a link between his parties – which of the two, it’s hard to tell – and European fascists, such as the German NPD and the Hugarian party Jobbik:

One of Beverley’s closest German friends is Andreas Heine. Heine is a hard-core Neo Nazi originating from Hamburg and was one of leaders of the Hamburger Sturm group, a group linked to the notorious German Neo Nazi Christian Worch and his Aktionsbüro Norddeutschland.

Hamburger Sturm was banned after police suspected the group of issuing death threats against a German trade union leader in April 2000.

Beverley is also a huge admirer of the Hungarian Neo Fascist party Jobbik and has met with various dignitaries from the party including Jobbik MEP Krisztina Morvai. Jobbik has gained notoriety when it formed its own uniformed militia the “Magyar Garda” often compared to the Hungarian Arrow Cross, the National Socialist party that led Hungary for part of World War Two.

His admiration for Jobbik is to such an extent that he gives away free copies of the parties manifesto to anyone prepared to ask for one, via his personal blog. All Beverley asks is that you cover the postage – by sending in stamps to the same Leeds PO Box Beverley uses for the English Democrats.

The BNP desperately need a respectable face, after their disastrous month. First, they performed a bizarre ‘sting’ operation on BBC’s Panorama, who were investigating them for fraud:

Having arranged in advance to be interviewed by the BBC Panorama investigation into fraud and financial mismanagement at the BNP, he read out a statement, was cheered on by an audience, snuck out the building and then had his jackbooted bully boys eject the BBC team.

Then, their links to the European KKK were uncovered by the Mirror:

The group claims it is officially recognised by the original KKK in the US and is partnered with several other US groups – including the gay and black-hating Keltin Klan Kirk, whose masked leader is on YouTube preaching hatred in front of a swastika with an assault rifle.

Butch-looking Hopgood ran a separate whiteknights-kkk.co.uk website, which was recently taken down, on which he denounced homosexuality as a “cancer that threatens our way of life”, and warned: “We are a threat for we will never lay down to the oppressors and enemies of our white race.”

Don’t be fooled by different names: the English Democrats lead to the BNP, the BNP leads to the KKK, and they all peddle the same hate.