The outgoing leader of Labour MSPs at Holyrood, Iain Gray, has issued a warning to his successor once they are elected in December, reports Ed Jacobs. 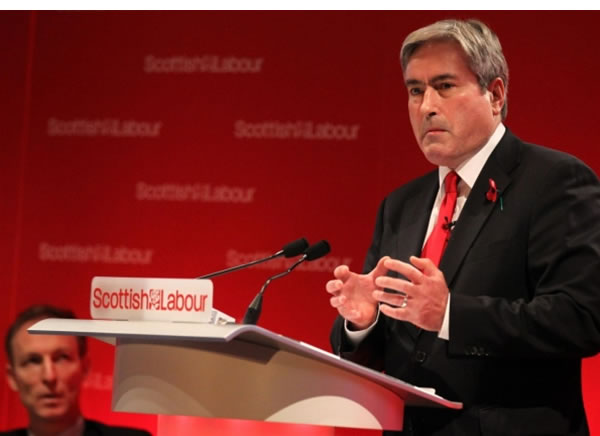 The outgoing leader of Labour MSPs at Holyrood, Iain Gray, has issued a warning to his successor once they are elected in December.

Addressing a special conference of Scottish Labour which approved a package of measures to establish a stronger leader of the Scottish Labour party and more autonomy for the party north of the party to set its own direction and policies, Gray told those vying for the leadership:

“The cybernats and the bedsit bloggers will call you traitor, quisling, lapdog and worse. They will question your appearance, your integrity and your sexuality. They will drag your family and your faith into the lies and the vitriol. If you are a woman it will be worse.

“It is no consolation to know that any journalist or commentator who gives you a fair hearing will suffer the same. This is the poison some have brought into our politics and it is vile.

“It is time we started talking openly about it and it is time the SNP did something about it. They know who some of these people are. This is not how you build a better Scotland and Scotland deserves better.

In one of her first major speeches since her appointment as shadow Scottish secretary, meanwhile, Margaret Curran brought with her a twin message for party members – a sober reflection of the severity of the electoral damage inflicted on the party in May’s elections to Holyrood together with a warning that “the time for self-reflection and introspection is over”.

However, at a conference in which the three contenders for the leadership of the party were quizzed by party members, the issue which was undoubtedly on the minds of delegates and speakers alike was the SNP’s plans for a referendum on Scotland’s constitutional future.

Speaking a week after the nationalists formally launched their roadmap to independence with a pledge that independence “ambassadors” will visit every household in Scotland, shadow defence secretary and co-author of the review into Scottish Labour’s future, Jim Murphy, argued the next leader of the party in Scotland would have responsibility for saving devolution from the threat of the SNP.

His declaration came as David Miliband voiced scepticism over plans for so called “devo-max” in which Scotland would gain full financial autonomy whilst keeping powers over defence and foreign policy with Westminster.

Dubbing it as the “maybe” option in an independence referendum during an interview with the Edinburgh Evening News, Miliband argued:

“I’ve never known a referendum that included a box that said ‘maybe’, but that seems to be what the SNP wants.”

His comments, however, will cause tensions within the party, after Labour MSP and former minister, Malcolm Chisholm, and former Labour first minister Henry McLeish voiced support for devo-max, with the Scotsman quoting what it describes as a “senior Labour insider” as saying many within the party support what Chisholm and McLeish have been arguing.

“Things are stirring in the Scottish Labour undergrowth. While MP and leadership hopeful, Tom Harris and the former aide to Tony Blair, John McTernan, continue to insist that Scotland has no future outside the union, and are warning Scots not to get big ideas about going it alone, others are beginning to realise that this is a doomed prospectus.

“The former Labour First minister, Henry McLeish, and Malcolm Chisholm, the only Labour MSP who remained standing in Edinburgh after the May massacre, are urging the party not to fall into the trap being left open for them by Alex Salmond. Labour cannot afford to back the No campaign in the Scottish independence referendum. It has no real option but to support “devolution max” or federalism.

“Otherwise, Alex Salmond will win even if he loses because the SNP leader has colonised the centre ground. Alex will be quite happy to accept fiscal autonomy as another giant step towards full independence. He’s a betting man and he likes an each way punt.”