A new report today reveals education spending will be slashed by more than 13 per cent over this parliament - the largest cut since at least the fifties. 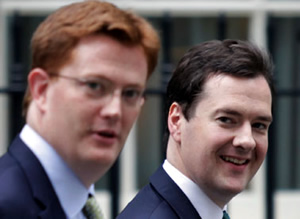 A new report today reveals education spending will be slashed by more than 13 per cent over this parliament – the largest cut since at least the fifties.

Contrasting the cuts ahead with Labour’s record investment in education, the Institute for Fiscal Studies (IFS) says:

The cuts will be deepest for capital spending and higher education, followed by 16-19 education and early years provision. Schools spending is relatively protected, and schools with the most deprived intakes are likely to see real-terms increases in funding. However, the majority of schools will see real-terms cuts.

Schools will see smaller real-terms cuts than other areas of education spending, while cuts to public spending on higher education will be more than offset by higher tuition fees. The biggest challenges lie ahead for the early years, youth services and 16-19 education, where spending is set to fall by around 20% in real terms.

Of course the key question is what these cuts in financial resources will mean for the outputs of the education system, such as young people’s exam results or earnings potential.

Indeed. The dire consequences of the government’s savage education cuts will not be fully felt for years; the futures stolen, ambitions thwarted, lives ruined, will only become truly apparent once the damage has been wrought, the horrors irreversible.

• Priced out of the playground: Tory Wandsworth to charge kids to play – Shamik Das, May 12th 2011

39 Responses to “IFS: Education spending will “shrink” at fastest rate “since at least the 1950s””