Ed Jacobs covers the growing row over the SNPs refusal to state what their defence policy would be post-independence. 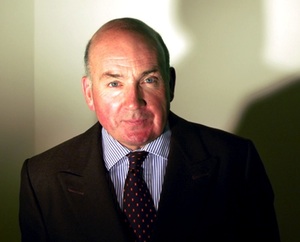 With the SNP faithful preparing to meet from tomorrow for the party’s annual conference in Inverness, the first since it’s landslide victory in May’s elections to Holyrood, a former Chief of the General Staff has launched a withering attack on Alex Salmond’s failure to set out his thinking in any detail over Scotland’s defence and foreign policy in the event of independence.

Speaking to the Daily Telegraph, Lord Richard Dannatt, the head of the UK Army between 2006 and 2009, argued that Alex Salmond had to set out a blueprint for defence and foreign policy prior to a vote on independence if the electorate were to be able to make an informed decision. He concluded:

“That’s the only honest and transparent way to go about it. He (Salmond) needs to be open about what the sizes of the armed forces would be. There should be an initial discussion (with Westminster) ahead of the referendum so Scotland would know what they are likely to get.”

Dannatt’s comments come after the first minister seemed to suggest the issue would be looked at only after a referendum. Speaking to Holyrood Magazine ahead of his party’s conference, asked what an independent Scotland’s defence policy would look like, he responded:

“Well, the second thing after your sovereignty is what policy do you want to accept within that independence and that will be up to the government of the day.”

Lord Dannatt has also supported the views of his predecessor, General Sir Mike Jackson, who in May argued that an independent Scotland would require the building of a completely new military from scratch, arguing that the military could not serve two political masters.  It was a rebuke of suggestions that the SNP are considering some sort of “independence lite” option, in which defence and foreign policy would be shared with England.

“Knowing how we would defend ourselves, whether the shipyards would close, how many aircraft carriers we would have, the size of the army, our membership of Nato, our role on the UN Security Council: all these must be answered before the referendum, not after. On defence, our relationship with Europe, the currency, on pensions, Alex Salmond might run from the questions but he can’t hide from them.“

The SNP’s defence spokesman, Angus Robertson meanwhile sought to deflect attention away from his party’s vision for a defence and foreign policy within an independent Scotland by turning his fire instead on Whitehall, declaring:

“Given the cuts that have just been announced as part of the basing review, as well as the historic decline in Scotland’s defence footprint – which has seen 10,500 defence job losses and a £5.6 billion underspend over the last decade – the question is really over the commitment of the UK parties to a defence presence in Scotland at all.”

Salmond has also sought to question the legitimacy of the decision by the Scottish Affairs Select Committee in Westminster to undertake two inquiries into the Scottish government’s plans for separation. Commenting on the committee’s decision, Salmond told Holyrood magazine:

So the Scottish affairs select committee doesn’t have a job to do and the way they are going about their business is basically an open statement that they refuse to recognise the world has changed, that there has been an election and that result has changed the entire environment they operate in.

But you know, it doesn’t matter anymore what the Scottish affairs select committee does or wants to do, none of that matters – these days are gone. Obviously, there will be a committee inquiry into a referendum and how we stage the referendum and the way we hold it but that will be done by the Scottish parliament committees and in the proper democratic manner.”

Outlining his surprise as the first minister’s apparent reluctance to engage with the committee’s inquiry, its chair, the Labour MP for Glasgow South West, Iain Davidson responded:

“The first minister’s attitude is surprisingly negative – I thought he liked talking about separation. I am strongly in favour of my country, Scotland, being part of the UK but if we are going to separate it should be done with all the facts on the table and done amicably. If the first minister has nothing to hide, he should have nothing to fear.”

12 Responses to “Former Army chief: SNP needs to be “honest and transparent” on defence policy”