While the Tories squabble over whether to take their ball and go home, Ben Fox reports on the future of the euro, arguing it requires Britain’s involvement. 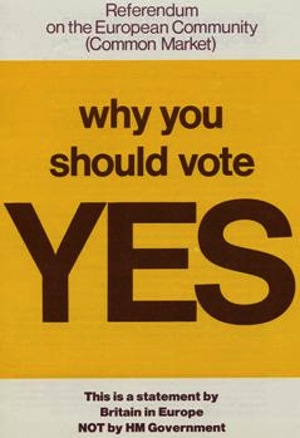 That being said, the European economy is in very poor shape. Greece is insolvent and regardless of whether it receives the latest €8 billion tranche of its bail-out package with the EU and IMF it is only question of how and when 40-60% of its debts are restructured.

Meanwhile, it is becoming increasingly clear that the crisis is as much about bank sector weakness as sovereign debt. The Belgian branch of Benelux bank Dexia has been re-nationalised at a cost of €4bn and is probably only the tip of the iceberg.

What has been the response by the Tory party? Joining EU leaders in agreeing a plan to resolve Greece’s future, re-capitalise vulnerable banks and calm the markets? Not a bit of it. Instead Tory MPs are demanding a referendum to leave the EU.

At a time when British banks are exposed to around €250bn of sovereign debt in the five weakest euro area economies (Greece, Ireland, Italy, Portugal and Spain), to seek to completely withdraw from the EU negotiating table is astonishingly reckless and short-sighted.

Labour and Lib Dems are doubtless extremely bemused at the Tories’ latest EU-shenanigans, with a Labour source telling Left Foot Forward that:

“At a time when Labour is urging both Britain and the European Union to focus on jobs and growth, the Tories are once more proving themselves to be out of touch by turning inwards and indulging in bitter rows over whether Britain should be cut off from our major export market.”

While the Tories have their latest internal squabble, the long-awaited EU summit on how to resolve the situation for euro area is set to take place this weekend, although it wouldn’t be a surprise if it was delayed again.

Although the press are portraying the summit as a ‘last chance saloon’, the reality is, as German Chancellor Angela Merkel put it, is:

“…these sovereign debts built up over decades and, therefore, one cannot resolve them with one summit.”

But while the summit won’t produce a conclusive solution, it is clear that a consensus is emerging among both academics and politicians that the euro area is moving towards deeper integration.

The idea of a finance minister for the euro area which European Central Bank president Jean Claude Trichet described this spring (and was dismissed as pie in the sky at the time) will probably become reality by the end of the decade. At the very least, the euro area will have some form of federal fiscal union.

The euro area needs to agree a three-pronged approach: a plan to re-capitalise the banks so that they can absorb a Greek default; a beefed up EFSF able to buy sovereign bonds on the primary and secondary markets; and, in the medium-term, treaty change to establish fiscal union.

Last month the Commission published draft legislation for an EU financial transactions tax and it is expected to shortly release its first report on the creation of common euro area-backed bonds. The EFSF and its successor, the European Stability Mechanism (ESM), will also be given the power to buy sovereign bonds on the secondary market to take some of the load of the ECB.

EU governments are already working towards the idea of a treaty change. Germany’s foreign minister Guido Westerwelle has suggested a timetable for agreeing a new treaty for the euro area by 2013.

Whatever solution is found the price of resolving Europe’s economic woes will be high. But inaction would be the most expensive.

A chaotic default by Greece would ruin France’s big three banks. BNP Paribas, Societé Generale and Credit Agricole hold over €40bn of Greek debt between them, and their collapse would put the French economy into recession and prompt a credit rating downgrade. It would also severely hit German, British and Benelux banks, many of which still lack the capital to be able to absorb heavy losses.

Meanwhile, Europe’s other heavily indebted countries such as Italy and Ireland would see their borrowing costs soar. It is not an exaggeration to say that this whirling vortex of market panic, debt and political disarray could lead to financial meltdown.

The sensible approach is to take action to resolve the crisis to create the conditions for the euro area and UK economies to recover. Unfortunately the Tories seem to think that walking away from the problem is the answer.

14 Responses to “While the Tories squabble over EU membership what’s the future for the euro?”