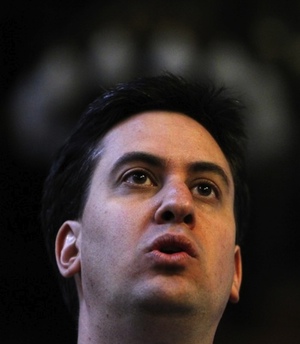 Ed Miliband had a stark message for Labour earlier this year:

Ed Miliband does not wish to be a continuity leader and at the heart of his vision for Labour is a desire to combine two potentially contradictory commitments: to revitalise the party internally, making it an organisation that people wish to be part of; and to guarantee the party maintains a strong and continual connection with the people of Britain, becoming more of a movement once again.

If he achieves these goals, Miliband’s leadership will be a defining moment in the party’s history.

If he cannot, it will be yet another failed attempt to restore the party to its former glory. The question for him, and for all those who wish Labour well, therefore, is how is it to be done?

First, Miliband must ensure Labour’s message – and especially his own personal message – resonates directly with the British public; second, Miliband must re-shape the organisation of Labour.

So what progress have we seen in the last twelve months?

The Story So Far: Message

On the question of Labour’s message, there has been astonishing progress. At the last General Election, Labour spoke directly to a frighteningly small section of society. There has been a subtle but powerful change.

Ed Miliband’s timely emphasis on the ‘squeezed middle’ began the shift, but it was his speech on responsibility in the early summer that marked significant change. Suddenly, a Labour leader was demonstrating his understanding of the concerns of the British public, while simultaneously displaying the courage to challenge orthodox elite opinion on the left and right.

Miliband showed Labour need not be intimidated by big business leaders or shy away from voicing the social responsibilities of the less well-off. Instead, Labour can speak powerfully of the need for a society characterised by economic ambition and universal responsibilities.

But this was only a beginning.

The central idea of responsibility fed directly into the summer’s major events. As the Murdoch empire came under scrutiny, Miliband was able to insist on responsibility at the very top of the corporate sector. As riots and looting shook English cities, he was able to reflect public disgust at the lack of responsibility displayed by those who waged war against their own communities.

Miliband’s language was no longer abstract or technical, but direct and emotional.

There remains work to be done but Miliband has begun a direct conversation with the people of Britain, one that reminds them Labour can speak for them and will fight to protect them in desperately hard times.

The Story So Far: Organisation

Words are easier to change than organisations. It is no surprise, therefore, that reform of the institutional practices of the Labour party has been far slower than the shift in rhetoric.

The ambition is there. According to press coverage, Miliband aims to amend Clause I of the party’s constitution so the party no longer exists solely to win elections, but to:

“…bring together members and supporters who share its values to develop policies, make communities stronger through collective action and support, and promote the election of Labour representatives at all levels of the democratic process.”

He will try also to expand engagement in Labour by welcoming non-member “supporters” at major party events.

These moves are warmly welcomed. Too many times before, initiatives aimed at party reform have faltered, dragging us back to the choice Miliband is desperate to avoid, with Labour either a party for a core of activists or a detached policy-making elite. There will be uncomfortable moments in such change, but the direction is right.

Yet this alone is unlikely to be enough.  Two things must change if the party is to become present in the lives of British people.

First, almost everything is currently geared towards election victory, but the party can only become connected with the lives of the people once again if it also learns to deliver from opposition.

Labour must become an active partner in local communities. It must work to assist other community groups as they take on gang culture; protest alongside others as they campaign to protect libraries and swimming pools; provide expertise and physical support to those who provide voluntary services to the old and the sick; talk to businesses, both local and national, to help them build bridges to parts of the community currently cut off from social and economic opportunity.

If Labour could do these things whether it has the chance for election victory in that neighbourhood or not, then it would begin to win back the trust of people across the country.

Second, if Labour is to become more deeply rooted in Britain’s neighbourhoods we will need to open ourselves to a demanding process of deep cultural change. We are often far too certain in our opinions, far too comfortable in our existing relationships and far too nervous about talking with others with whom we do not agree. Party meetings of all sorts should become events at which people meet, debate, disagree, and begin to forge a common good.

Ed Miliband has made a good start in building the foundations of a vibrant democratic movement. But democratic renewal will depend on the commitment and work of the members themselves.

If we are ever in doubt, we should remember that a democratic, open, vibrant, campaigning Labour party will benefit our whole nation.

An essay length version of this article appears in the Fabian Review Conference special.