Ben Fox explains where we are with the eurozone crisis, and argues where we should go next. 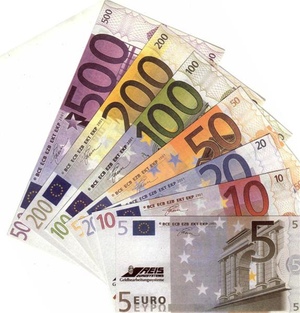 The market turmoil and speculation about the eurozone debt crisis continues, but resolution may be close. Negotiation between European leaders and the IMF may finally deliver an appropriate resolution.

After more than 18 months of dither and delay the heart of the problem is being addressed. The rumours are that new proposals will involve a Greek default on up to 50% of its debt but that Greece will retain the euro, the European Financial Stability Facility (EFSF) being increased to more than €1 trillion, and a multi-billion recapitalisation for the banks most exposed to dodgy sovereign debt.

Meanwhile, the European Commission is expected to propose legislation for eurobonds before Christmas and the European Parliament will vote today on whether to adopt the controversial economic governance package.

These would be drastic but largely realistic measures. The massive exposure of French, German and British banks to Greek and Italian debt means a disorderly Greek default could well pull down the entire European banking system. While the banks have allowed themselves to get recklessly exposed to sovereign debt, the price of their collapse is too high.

A substantial Greek debt restructuring is probably the best way forward. Crippled by the savage spending cuts it has been forced to make, the Greek economy is in deep recession. It cannot service its debt burden of 140% of GDP. A controlled default would allow them to recover and also avoid continued market turbulence.

What does all this mean for the euro? It cannot survive with its current design. If the right emergency measures, including a pooling of debt and Eurobonds, are used to relieve the market pressure and speculation, then the eurozone countries should be able to decide on its future.

This could involve a broad north-south split, with the stronger economies remaining in a tighter economic union with strict rules on budget deficits and debt, and the weaker countries going back to their old currencies.

A more ambitious alternative, however, would be to beef up the eurozone’s rulebook with a common EU debt agency allowing countries to issue a fixed proportion of their debt burden in Eurobonds, with an EU Treasury and Finance Minister with the power to oversee countries tax and spending. These ideas were being dismissed as wild-eyed nonsense just a few months ago – now they are all on the table for discussion.

Even so, it is doubtful they would be enough. The likes of Greece and Italy have massive debt burdens because, compared to the likes of Germany, France and the Netherlands, they are chronically uncompetitive.

The productivity gap between Europe’s rich and poor has widened since the adoption of the single currency. For the eurozone to encompass as many countries as it does now will require recognition that the gap between its weakest and strongest economies will not be bridged. The only way to keep them on board would be by using credit transfers to re-distribute wealth within the Eurozone. If Eurobonds are unpalatable to Germany and others, credit transfers would be unthinkable.

Many Eurosceptics are prematurely celebrating the death of the euro – an absurdly irresponsible position considering that this would bring down several of Britain’s largest high street banks. In reality the single currency is far from doomed. The logic of a single currency for the single market is arguably stronger than ever when one considers how inter-dependent and closely tied together most European economies are.

But the rules that have governed the eurozone are not fit for purpose. Nor are most of the proposals in the EU economic governance package supported by conservatives and liberals. If the current arrangement where 17 countries share the same currency and interest rate but pursue wildly different economic policies has not worked, then neither will attempts to make all countries have German-style economies.

The short-term is about crisis management to prevent a financial crisis that would be far deeper than 2008-9. The price of rescuing Greece and the banking system will be painful and high, but it is the cheapest option available. It is time for Europe’s politicians to show the bravery and honesty they have lacked throughout the crisis by acting to avert meltdown.

• Mandelson: Time to “stand up, win the argument, act decisively and lead” on the euro – Shamik Das, September 20th 2011

7 Responses to “Judgement day approaches for the eurozone”