The IMF have published the results of a study of previous episodes of deficit reduction in advanced economies, concluding cutting too quick increases unemployment. 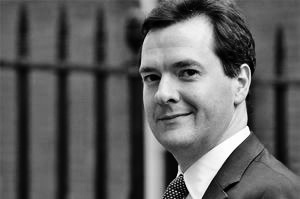 The credibility of the government’s argument that cutting the deficit quickly and aggressively will have no affect on growth and unemployment was already under pressure from recent data showing real GDP has barely increased over the last three quarters and that unemployment is rising once again.

Now IMF economists have published the results of a comprehensive study of previous episodes of deficit reduction in advanced economies – their conclusions are stark:

“Fiscal consolidations that are unduly hasty risk prolonging the jobless recovery in many advanced economies. So countries with the scope to do so should opt for a slower pace of consolidation combined with policies to support growth.”

Furthermore, because short-term interest rates in the UK are just 0.5%, long-term interest rates are near record lows and the exchange rate has already fallen around 25% since the start of the recession, the scope for monetary policy easing to offset the effects of fiscal consolidation are limited and this adds to the risks:

“The reduction in incomes [and increase in unemployment] may be more than twice as large when central banks cannot cut interest rates and when many countries are carrying out consolidations at the same time.”

The government argues that the Monetary Policy Committee has the scope to ease monetary policy further – through an expansion in quantitative easing (QE). And the Bank’s economists believe QE has had a positive impact on growth in the UK. However, much of that impact probably came through easing pressures in money markets.

What is needed now is a spur to private sector spending – though it is less clear more QE has the power to deliver this. More QE should be part of the plan to boost the UK economy, but on its own it might not be enough.

The government also argues the UK is not a country with the scope to slow its pace of fiscal consolidation. This seems nonsensical. The government has never been able to borrow as cheaply as it can do today. It is paying less than 2.5% for 10-year borrowing. If anything, financial markets are telling the government it should be borrowing more, not less.

This might jar with the headline in today’s Financial Times (£), suggesting there is a £12 billion black hole in the government’s plans to cut the deficit. But this conclusion rests wholly on calculations of the amount of spare capacity in the economy – something that is, as the FT readily admits, “little more than an educated guess”.