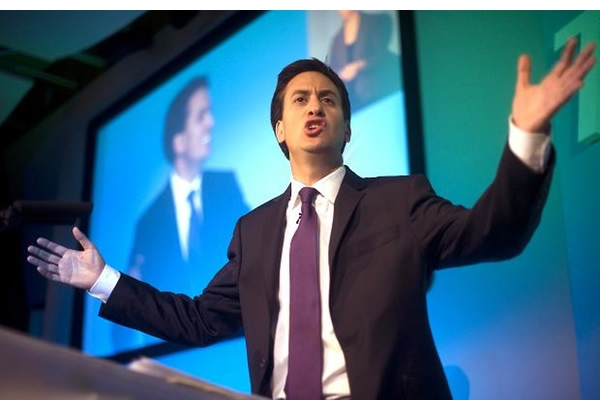 The lead-up to the Labour conference has not been easy for Ed Miliband. Fresh from being booed at the Trade Union Congress (admittedly no longer the love-in it once was for a Labour leader) after repeating his belief the strikes in June were a mistake while negotiations were still going on, he was greeted with the news his own party can’t see him as a leader.

A Populous poll for the Times (£) found almost half of Labour’s supporters find it difficult to see him in Downing Street, while the numbers for the general public are even worse, with 63 per cent reporting that they can’t imagine him running the country.

Supporters of Miliband could quite easily follow their leader and ignore the news:

What does he say to those who don’t think he has what it takes to make it to No 10? “They’re wrong,” he says flatly. What about the recent Populus poll showing 49 per cent of Labour voters could not see him as prime minister? “Honestly, I notice these things but I don’t take much notice of them,” he replies, with a shrug of his shoulders.

On the other hand, the same Populous poll contains some remarkably good numbers for Labour as well, which are worth picking out. They are improving their lead over the Tories, with their margin over the former up by one point to four, and maintaining their 26 point lead over the Lib Dems.

The poll has found that Labour is seen as the most “honest and principled” of the three parties and more people say that they share the same values as Labour than either the Tories or Lib Dems.

In addition, Labour is seen as the more trusted party on a variety of issues, including maintaining a stunning 30 point lead over the Conservatives on the NHS. Given this was once literally Cameron’s billboard issue, if that margin can be kept then Labour will have an easy point of attack when the time comes.

It may be enough to say that Labour remains strong as a party while having an unfortunately weak leader, but even that may not be the case.

A new report, to be published in the Fabian Review conference special and excerpted in the Indy, compares Miliband with former leaders of the opposition from Hague onwards, and finds that a year-one slump is pretty much the standard.

Net satisfaction with William Hague fell by 22 points, Iain Duncan Smith by 17, Michael Howard by 30 points, and David Cameron by 23 points. Indeed, looking back at trackers since 1978 you see a very similar story for Neil Kinnock, Michael Foot (albeit from a much lower starting point) and even Margaret Thatcher. In the year or so since he took over, Ed Miliband’s favourability has dropped from +9 to -7, right in line with the best of them.

The real question is not whether this drop marks Miliband out as a failure to launch, but whether he’ll be able to capture the uptick that both Cameron and Howard received in their second year, which marks them out as the successes compared to Hague and IDS’s continued fall.

As he enters his second year, he needs to keep an eye on the qualities marked out by the Fabian Review focus group as most important for a good leader: Integrity, decisiveness, and communication and listening skills. Currently voters rank him well on the first and last of those, while Cameron maintains a daunting lead on the middle two.

But the broader point to take from all of this is that it is not surprising that people can’t see Ed as a leader yet; with just over a year since he took over, he has simply not had the chance to demonstrate his credentials. Eventually he’ll have had enough chances to behave in a statesmanlike manner, and when that time comes, we can read more into these polls.

For now, he needs to focus on building a solid base to progress there from.

• Will Osborne alter course? And how should Labour respond? – Matthew Pitt, September 15th 2011

19 Responses to “Miliband shooting par for leader of the opposition – no more, no less”