Britain is growing at the weakest rate of competitor nations. Only Japan in the G7 and Portugal in the EU are growing more slowly. 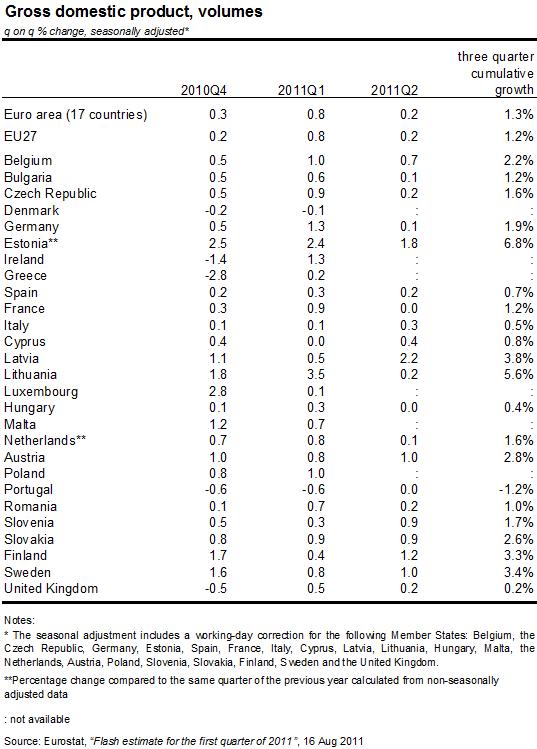 The Daily Telegraph’s Business section leads with news that the UK is growing at the “weakest rate of leading nations” as figures from the OECD show that the US, France, Germany, Italy, and Canada have all grown more quickly over the last year. But the picture is even worse as Britain is growing more slowly than every other EU country bar Portugal.

The Telegraph reports that:

“Growth in the UK in the 12 months to June was just 0.7pc, weaker than any of the other OECD “major seven” nations except Japan, which contracted 0.9pc as it contended with the aftermath of the earthquake and tsunami.

The OECD found that over the last year, GDP increased by 1.6 per cent across the 34 rich world countries monitored by the organisation. The rate is more than twice that of the UK.

But analysis from the House of Commons library released last week shows that the picture is even worse. Over the last nine months Britain has grown by just 0.2 per cent – slower than every European country for which data is available aside from Portugal, which faces a sovereign debt crisis. The average of the EU’s 27 countries is 1.2 per cent.

Figures for Ireland and Greece are yet to be released and may show a worse performance over the last nine months than the UK.

44 Responses to “Britain at bottom of growth league table”