For David Cameron, the phone hacking scandal - that started as a minor irritant, and then a mild headache - is fast turning into his worst nightmare, reports Shamik Das. 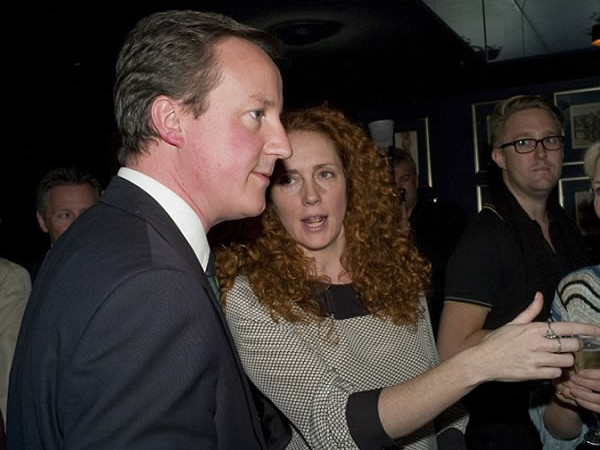 For David Cameron, what started as a minor irritant, then a mild headache, is fast turning into his worst nightmare – his decision to appoint, stand by, and show no remorse over the actions of Andy Coulson; his closeness to and lack of condemnation of Rebekah Brooks; and his lack of opposition to the BSkyB takeover deal – have now seen him come under attack from the right, as the phone hacking scandal becomes ever more horrendous.

This morning, it emerged that the families of dead soldiers may have had their phones hacked by Glenn Mulcaire, the News of the World (NotW) private investigator at the centre of the scandal. As a result, the Royal British Legion have severed their ties with the NotW, the forces charity saying they are “shocked to the core” by the allegations.

Writing about the political implications of the scandal in this morning’s Telegraph, respected right wing columnist Peter Oborne described hackgate as a “turning point” in David Cameron’s career, his spinelessness, his inability to confront the Murdoch menace a “fatal mistake from which there is no ultimate recovery”, comparable, he says, to Iraq for Tony Blair, Black Wednesday for John Major and devaluation for Harold Wilson.

“The series of disgusting revelations concerning his friends and associates from Rupert Murdoch’s News International has permanently and irrevocably damaged his reputation. Until now it has been easy to argue that Mr Cameron was properly grounded with a decent set of values. Unfortunately, it is impossible to make that assertion any longer. He has made not one, but a long succession of chronic personal misjudgments.

“And – the worst mistake of all – he should never have allowed himself to become a close friend of Rebekah Brooks, the chief executive of the media giant News International, whose departure from that company in shame and disgrace can only be a matter of time.”

“The prime minister cannot claim in defence that he was naively drawn in to this lethal circle. He was warned – many times. Shortly before the last election he was explicitly told about the company he was keeping.

“Alan Rusbridger – editor of The Guardian newspaper, which has performed such a wonderful service to public decency by bringing to light the shattering depravity of Mr Murdoch’s newspaper empire – went to meet one of Mr Cameron’s closest advisers shortly before the last election. He briefed this adviser very carefully about Mr Coulson, telling him many troubling pieces of information that could not then be put into the public domain.

“And yet they both paid no attention and went on to make him the Downing Street director of communications, an indiscretion that beggars belief.”

“The burning question now is whether the US tycoon Rupert Murdoch – whose journalists have shown such open contempt for ordinary decency – is a fit and proper person to own any British publicly quoted company, and whether it is not time that his media organisation itself should be forcibly broken up.”

It’s not just the right wing press who are beginning to see the light, however; Nick Clegg and Boris Johnson now agree with Ed Miliband on the need for a judge-led inquiry – a call rejected by Mr Cameron at Prime Minister’s Questions yesterday.

And in yet another twist, it appears that even George Osborne may have had his phone hacked. Where will it all end?

19 Responses to “Now the right turn on Cameron over hackgate”