While a ‘bank levy’ scheme may be approved today, EU ministers will once again have failed to address the longer term questions on which the euro's future rests. 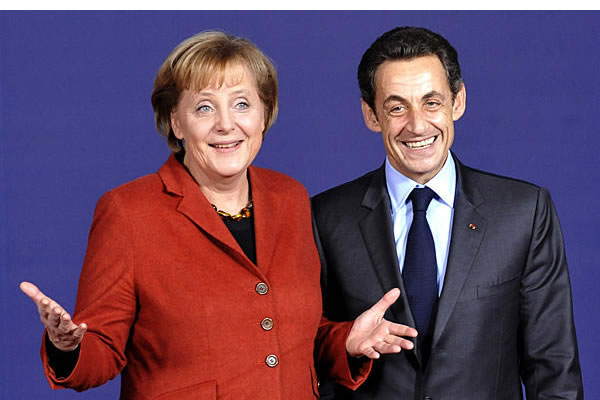 Following the failure of the EU finance ministers’ meeting in Luxembourg last week to produce a credible plan for containing the crisis of the Euro Area (EA), ministers and European Union heads of government are attending an emergency meeting in Brussels today – the tenth such meeting.

In the words of a letter signed by 13 EU economists on the Voxeu website puts it:

“Deciding to not decide could mark the end of the eurozone as we know it.”

Ostensibly, the crisis has escalated because ministers have repeatedly failed to agree on a plan for organising a proper ‘bailout’ facility, mainly because of the row between Ms Merkel and the European Central Bank over having banks take a ‘haircut’.

Although German insistence on the banks bearing part of the pain may appear desirable, the ECB has opposed the notion on the grounds it would almost certainly trigger a Greek sovereign default.

Because of this impasse, financial market worries have spread most recently to Italy and Spain, where 10-year bond yields are now more than 300 basis points above their German counterparts. A second Greek ‘bailout’ means, minimally, expanding of last year’s €750 billion bailout facility, christened the European Financial Stability Fund (EFSF), to more than €1 trillion.

As the summit takes place, it is rumoured M. Sarkozy has given in to Frau Merkel on plans to raise an extra €450bn for the EFSF.

All Greek bonds maturing before 2019 are to be swapped for 30-year bonds. While, technically speaking, the present value of the long term bonds would similar to the market value of those they replace (see Roubini below), it is likely that current Greek bonds will be marked down to default status since banks will be ‘perceived’ by the rating agencies as taking a haircut.

“So it could be feasible to do an exchange offer where the actual effective NPV reduction is close to the one implied by current market rates (30-35%) while not breaching the less-than-10% NPV loss rule for keeping the new bonds at face value on a bank’s book.”

However, it is thought this ‘controlled’ default will be a short term phenomenon and not trigger contagion, particularly as it will be accompanied by an ESFS ‘buyback’ plan designed to reduce Greece’s cut debt-to-GDP ratio.

Sarkozy and the French had proposed a bank levy rather than an outright haircut, but Angela Merkel was firmly opposed (the Germans already have a bank levy for themselves).

The main objections to the proposed scheme are that:

(a) Even with the promise of a swap, provoking Greek bond default will not halt contagion;

(b) The ECB may cease accepting the old bonds as collateral for its refinancing operations, thus gravely endangering the Greek banking system;

(c) The meeting has again failed to address the fundamental problems of the Eurozone.

The fundamentals not addressed are that:

• The terms of the Greek (and other) bailouts are harsh, recessionary and counter-productive – the proposed debt-to-GDP reduction (from 160% to 140%) will still leave Greece with a debt mountain;

• The EA needs growth, not conditionality;

• An (implicitly or explicitly) jointly-backed eurobond-emitting facility must be created;

• The EA needs its own credit rating agency (CRA) rather than relying on the ‘big-three’;

• The ‘economic architecture’ of the EA must be redesigned – in particular, moving towards joint fiscal policy and institution, eg, an EA Finance Ministry as proposed by M. Trichet; and, crucially

• The question of trade imbalances (German surpluses) within the EA must be addressed.

In short, while a ‘rollover and buyback’ scheme may be approved today (or by early tomorrow), ministers will once again have failed to address the longer term questions on which the future of the EA ultimately rests. Who says that within Europe, Britain is always best at ‘fudge and mudge’?

3 Responses to “Can Europe’s leaders end the eurozone nightmare?”