Figures released today show that the Coalition's flagship NICs holiday policy has flopped. It has helped just 5,000 businesses rather than the 400,000 originally suggested. 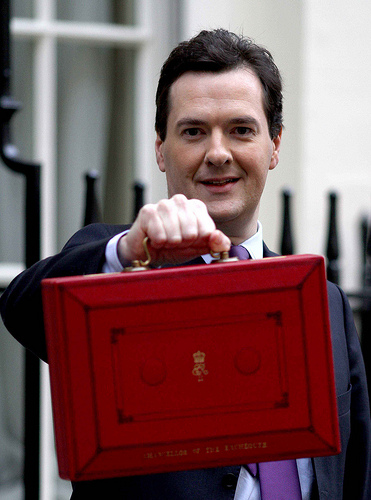 The Government’s growth strategy came under renewed pressure today as new figures showed that a key measure has flopped. The news comes after a week when the Coalition have looked increasingly desperate in their attempts to revive the flagging British economy.

“For the next three years anyone who sets up a new business outside London, the South East and the Eastern region will be exempt from up to £5,000 of employer national insurance payments, for each of their first 10 employees hired.

“We aim to have the scheme up and running by September, but any qualifying new business set up from today will also receive help. And the Treasury estimate that some 400,000 businesses will benefit – ensuring all parts of our country contribute to a more balanced and sustainable economic future.”

In a speech last October, the Prime Minister hailed the policy saying, “Add to these our cut in the small business profits rate and the fact we have waived national insurance contributions for new businesses in most areas of the country and you have the conditions to breed confidence and investment and boost productivity for the long-term.”

“George Osborne hailed this flagship policy last year saying it could create 800,000 private sector jobs. But it’s turned out to be a total flop with just 1 per cent of the 400,000 businesses George Osborne said would benefit taking advantage.

“Families and businesses who are being hit hard by the Conservative-led Government’s reckless economic policies will be shocked to find out that the administration costs of the scheme are bigger than the amount paid to businesses to help create jobs.”

Official figures released on Tuesday showed that the economy had grown by just 0.2 per cent in the second quarter of the year and indicated that growth for 2011 was likely to come in at half the level originally predicted by the Office for Budget Responsibility in June 2010.

In response, members of the Government set out a series of increasingly outlandish policies. David Cameron’s director of strategy, Steve Hilton, proposed abolishing maternity leave and scrapping consumer rights; Business Secretary Vince Cable announced plans to deregulate the sale of Christmas crackers and chocolate liquers; while London Mayor Boris Johnson called for the termination of the 50p tax rate which is only paid by those earning over £12,500 per month. Right-wing think tanks and writers proposed a set of 1980s-throwback policies which were accurately dismissed as “voodoo economics” by both Vince Cable and the Financial Times’ economics editor. But calls for a Plan B to slow the pace of spending cuts or a Plan G for growth have fallen on deaf ears.