With hopes to enable married couples to transfer thier personal tax allowance to the higher earner, Tories have abonded key principles for the sake of moralising 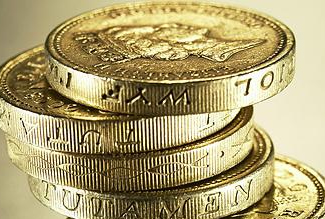 When you think of Conservative party core policies, you think of encouraging growth, balanced budgets, maintaining Britain’s international competitiveness and increasing aspirations. One of the most obvious way to do that is to increase employment – which would lead to a larger economic output, higher tax receipts that can reduce the deficit, and individuals building careers that, in the long-term, can help achieve their hopes for themselves and their families.

It turns out that at least ten Conservative MPs don’t view those as front-rank priorities. According to today’s Daily Mail:

So how would this work? Currently the personal tax allowance – that amount of money an individual can earn without paying income tax is £6,475. So under the proposals, if a husband earned £20,000 but his wife was unemployed, she could ‘transfer’ that £6,475 to him, leaving him with an effective personal tax allowance to £12,950. Taken in conjuction with the Lib Dems policy of raising the threshold to £10,000, – enthusiastically embraced by the Tory right – this would essentially leave such a husband’s salary completely untouched by income tax.

The effect would be that, if the wife consequently decided to go to work, every penny of the lower earner’s salary would be effectively taxed, as the pooled personal allowance has already been ‘used up’, thereby reducing work incentives.  When the implications of national insurance, tax credits and childcare costs are taken into account, the household may even suffer a loss of income. When the idea bubbled up in 2009, the Institute for Fiscal Studies calculated the implication like this:

“IFS research models the case of a married couple with two children. In the first instance, where one partner earns £20,000 and the other does not perform any paid work, the IFS puts family income at £20,300, including tax credits. Under existing rules, if the partner who does not work then gets a job paying £10,000 a year, family income rises to just £25,425 because 46% of the partner’s income is lost in extra tax and reduced tax credits.

“The IFS has modelled what would happen in both cases if the Tories brought back the transferable personal allowance.

“If only the partner earning £20,000 worked, the combined salary would rise to £21,595. If the partner took a job earning £10,000, the combined income would remain the same, putting the marginal tax rate for the second earner at 62%.”

Of course there is also the equally important feminist point that with most two-earner households having the man as the main breadwinner, the tax change would discourage women from having an independent income – but we already know what the Tories’ opinion of the feminist movement is. And  the policy blatantly discriminates against cohabiting couples. Again, par for the course for the Conservatives.

What’s really shocking is how many Tory MPs are willing to throw out all that high-flown rhetoric about economic growth, deficit reduction, work ethic and international competitiveness, when the chance for a bit of moralising social engineering comes their  way.