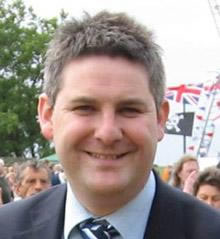 Tory backbencher Philip Davies caused outrage today by telling Parliament that disabled people should work for less than the minimum wage. The remarks were described as “outrageous and unacceptable” by a select committee chair, and “a preposterous suggestion” by a leading charity. Davies made his comments during a debate on the Employment Opportunities Bill, which had its second reading today.

Anne Begg, chair of the work and pensions committe, said:

“These comments are utterly outrageous and unacceptable. To suggest that disabled people should be treated as second class citizens is shocking and shows just what a warped world some Tories demonstrate they inhabit.”

“It is a preposterous suggestion that someone who has a mental health problem should be prepared to accept less than minimum wage to get their foot in the door with an employer.

“People with mental health problems should not be considered a source of cheap labour and should be paid appropriately for the jobs they do.”

Last month, Davies described Britain’s contribution to international aid as “stark raving mad”; more sinister were his recent comments that there was nothing offensive about ‘blacking up’.

“Why it is so offensive to black up your face… I have never understood this.”

As I said before, what a sad, pathetic little man Mr Davies is.

98 Responses to “Tory MP: Disabled should work for less than minimum wage”