The Social Liberal Forum conference was more than the sum of its parts and a return to values-driven policy discourse, writes executive member Dr Prateek Buch. 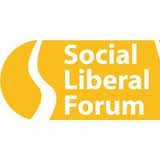 Saturday’s Social Liberal Forum conference, far from the dreary stereotypical Lib Dem gathering some would appear to have attended, was buzzing with lively discourse and a heartening level of hard-headed debate on the future policy direction of the Liberal Democrats in government.

The packed out audience was treated to stirring rhetoric from the likes of SLF founder James Graham, Compass’ Neal Lawson, the indefatigable Evan Harris (twice), the sharp green campaigner Halina Ward and, finally (as he himself said ten or so times), Simon Hughes.

All this came on top of outstanding speeches from Secretary of State for Business Vince Cable, on how reducing the deficit was just one arm of the government’s economic policy, and from Climate Change secretary Chris Huhne, on the coalition’s determination to further decarbonise the British way of life.

Far from a day-long moan at how awful the coalition was, we had an open and honest assessment of policy to date and where we should go from here to deliver a socially liberal government.

We had such a packed itinerary, sessions had to run in parallel either side of lunch – Mark Pack, Alex Marsh and Simon Hebditch discussed how the Big Society differs from the Lib Dem concept of Community Politics, and I spoke alongside Charles Anglin and Tim Nichols on the need for public policy to address socio-economic inequality.

In many ways this latter session encapsulated the conference’s spirit – speakers from very different political standpoints debating how best to tackle a fundamental challenge facing our society.

For me there were several stand-out moments: Will Hutton’s bleak assessment of our economic woes balanced by his encouragement to social liberals to carry John Maynard Keynes and William Beveridge’s mantle to create a fairer nation; the way in which senior figures from government engaged with scrutiny from the audience; the positive interaction with people up and down the country who watched proceedings through our (rather cobbled together) live webcast and well-produced twitter stream.

Yet I came away thinking the conference had been so much more than the sum of these parts; more than anything else it was the return to values-driven policy discourse, the revival of a vibrant centre-left strand of thought that can be delivered in government, and the enthusiasm of all speakers and delegates for the values and policies the SLF stands for, that convinced me we were witnessing something of a politically significant moment.