The prime minister sought to draw the sting out of the circus animals ban row today, insisting the government position was very similar to that of Mark Pritchard. 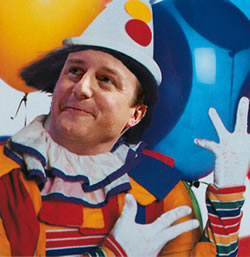 The prime minister sought to draw the sting out of the circus animals ban row today, jesting about having “been through the hoops”, “walked the tightropes” and “sent in the clowns” while addressing the lobby at the European Union summit in Brussels this lunchtime. It follows the successful Commons motion calling for an outright ban yesterday, which was driven through by Tory MP Mark Pritchard, despite the, erm, gentle cajoling of Number 10.

“There’s not that much difference between the government position and the motion. We’re minded to have a ban but need to clear some obstacles. We’re not a million miles away – though everyone could support language that was more workable…

“It’s a pity we couldn’t close the gap, and sort out the arguments about technicalities”

Of Pritchard’s claims of heavyhandedness by Downing Street, the PM joked:

“Not everyone’s like Mother Theresa, but there’s not a slavering rottweiler sitting by my desk…”

However, on the point about the “obstacles” to implementing a ban, as shadow environment minister Gavin Shuker wrote on Left Foot Forward last week, this simply doesn’t appear to be the case:

“The Scottish government are pursuing a ban, and animal welfare organisations universally agree with that approach. The RSPCA highlight scientific evidence confirming the incompatibility of wild animals with travelling circuses, whilst Animal Defenders International (ADI) has received advice confirming the legality of a ban.

“So the legal advice received by ADI and the last Labour government validates a ban. The present government was set to proceed likewise before the prime minister intervened. Clearly the legal case cannot be overwhelming, and the government have refused to publish their advice. What are they trying to hide?”

Which all begs the question, why on Earth did David Cameron, and his incompetent environment secretary Caroline Spelman, dig their heels in on this issue? And will they perfom another (this time very welcome) volte-face?

As Simon Carr wrote in this morning’s Indy:

“It was all a disaster for the Tory whips (they’ll get the blame). But will the Government now act on this backbench vote, as promised? It could be a test for Cameron’s grace in defeat.”