One of the reasons that economies are being crucified on the cross of ‘austerity’ is the discrediting of so-called Keynesian policies of the 1970s, writes Ann Pettifor. 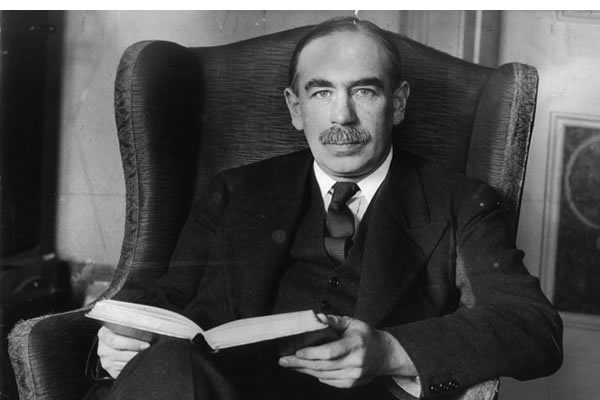 One of the reasons that economies (including our own) are being crucified on the cross of ‘austerity’ is the discrediting of so-called Keynesian policies of the 1970s.

‘Keynesianism’ (‘bastard Keynesianism’ as Joan Robinson called it) is blamed for the inflation of the 1970s; not just by Keynes’s intellectually dishonest enemies in the economics profession and the finance sector; but also by the Labour movement. By this behaviour Labour exhibits clear symptoms of “Stockholm syndrome” – the psychological state in which victims identify and empathise with their persecutors.

Andy Newman of Socialist Unity is but the latest to do so.

For the sake of today’s millions of unemployed and under-employed; for the elderly losing care and homes; for single mothers losing benefit, for the homeless, Labour must get the economic history – and theory – right. In 1971, under Anthony Barber, the UK chancellor, and the US’s President Nixon, Keynes’s monetary framework for the international financial system (Bretton Woods) and for the regulation of the banking system was abandoned. Unilaterally (in the case of Nixon), and without public debate.

This ditching of Keynes’s monetary policies proved calamitous for the Labour movement, for society and for the Anglo-American economies. This is because Keynes’s monetary policies subordinated the finance sector to the interests of the broader economy and society – through regulation. Which is why they were, and are, loathed by the City of London and their friends in the economics profession.

In 1971 chancellor Anthony Barber and Heath’s Conservative government introduced ‘Competition and Credit Control’ (CCC) – widely dubbed “all competition and no control” – into the private banking sector. With the stroke of a pen, and with very little public or parliamentary engagement, what was left of Keynes’s monetary policies were swept away. As William Keegan has noted, this “ended in a serious lack of control, the secondary banking crisis and the near collapse of NatWest”. (For more on CCC read this, particularly page 24.)

Barber effectively unleashed the power of the banks to create credit – without effective regulation. As this effortless activity is so profitable, and as CCC also released effective caps on the rate of interest banks could charge, the banks duly obliged. They issued too much credit/money. This ‘easy money’ began chasing too few goods. Not surprisingly – this led to inflation.

The Bank of England stood aloof. Having franchised out the credit creation process to the private sector, governors and officials did nothing to contain the cause of inflation.

Trade unions naturally responded to rises in the prices of goods and services, as the living standards of their members were eroded. The wage increases they fought for no doubt added to the inflation spiral. But they were a reaction to and a consequence of an effect whose cause was ‘easy money’; not ‘trade union militancy’ and ‘Keynesian’ policies.

Indeed it is intellectually fraudulent to blame the inflation of the 70s on an economist, Keynes, whose policies were directly opposed to the inflationary policies of Anthony Barber, Friedrich Hayek and Milton Friedman.

The victims then embarked on a process of political self-flagellation – which delighted the bankers, not to mention the Conservatives. It certainly pleased Milton Friedman, as David Smith, the historian of monetarism has documented.

As a result of this failure to get a grip on the nature of monetary policy, and its impact on the economy, Labour, automatically on the defensive, never put up a fight against policies for financial liberalisation. By so doing it hurt its own political base. We live to this day with the catastrophic economic and social consequences of those monetary policies, and with that political and economic mis-diagnosis.

Central bankers reacted to the Labour movement’s defence of living standards by imposing policies (high interest rates, trade liberalisation/globalisation etc.) that increased unemployment and lowered wages. Real incomes fell – both here and in the US. Prices of goods and services were brought under control.

By contrast asset prices were allowed to rise. Central bankers resolutely declined to impose policies that would clamp down on the inflation of assets owned by the rich: property; race horses; brands; works of art; stocks and shares etc. On the contrary: central bankers like Alan Greenspan positively encouraged this asset-price inflation.

Thanks to the ‘easy money’ that was lent to the already-wealthy, and poured into property etc., asset prices let rip. Central bankers sat back as asset prices inflated a vast bubble that burst on several occasions (including the dot-com bubble burst of 2000-1) but in the most spectacular way in 2007-9. However, this collapse did not come before the owners had been massively enriched by the easy credit that had inflated the value of their assets.

And still Labour doesn’t get it. Until the Labour movement is cured of Stockholm Syndrome, and fights for a restoration of Keynes’s monetary policies, it will continue to be held hostage by its “persecutors” – and the 30-year long series of financial crises unleashed by Anthony Barber et al will intensify.

Will the victims awake from this irrational, psychological capitulation? For the sake of the poor and vulnerable, we must hope so.