Conservative-controlled Wandsworth council is planning to charge children £2.50 each to use Battersea Park adventure playground at weekends, reports Shamik Das. 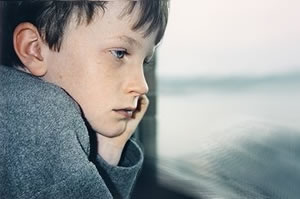 Conservative-controlled Wandsworth council is planning to charge children £2.50 each to use Battersea Park adventure playground at weekends. If the pilot is successful, it will be extended to weekdays in the school holidays.

“[It is] not budget saving, just a pilot to see if it affects usage… We have lowest rates in country – we have three adventure playgrounds and one of only authorities that do, we have invested £3 million in parks and playgrounds, battersea park has 3m visitors a year…

“Only because there hasn’t been a charge before. We aren’t charging people to go to the park. This is a separate facility that some children decided to go to.”

“I find it astonishing that anyone come on London radio and make comments that Kathy Tracey has. Why on earth should we implement a charge for playgrounds? All that will happen is people who can’t afford they won’t go to the park. Wandsworth makes a lot of money already from charging clubs…

“The only way they can collect the charge is to introduce another member of staff to collect charges; it isn’t going to generate income and people outside borough who can afford it will come but Wandsworth residents won’t come because they can’t afford it.”

Eddie Lister, leader of Wandsworth council, was recently appointed by London Mayor Boris Johnson as his chief of staff – a point seized upon by Cooper. She added:

“We need play areas for our kids across London which are free and is wrong to have areas just for rich people.”

In November 2009, Left Foot Forward reported how Lister had urged Tory councils to “increase charges as far as possible beyond inflation” and that fees should be used on a “trial and error approach” to test just how much residents will bear.

“This appalling proposal will reinforce fears that the outgoing leader of Wandsworth Council, Eddie Lister is set to drive through a hard-right agenda at City Hall in his new role as Boris Johnson’s chief of staff.”

The plans are likely to further de-level the sporting playing field between the rich and the not-so-rich, cooping poor kids indoors while their well-off counterparts play and have fun to their hearts’ content. As the Guardian’s David Conn wrote during the school sports debate last autumn:

“On the day of the spending review last month, Michael Gove, the education secretary, announced he was scrapping the plan to improve sport in schools.

“The schools, of course, are not private, like those attended by Gove (Robert Gordon’s), culture secretary Jeremy Hunt (Charterhouse), sports minister Hugh Robertson (King’s, Canterbury) – or the prime minister, David Cameron, whose alma mater, Eton, offers 12 squash courts, 20 tennis courts, an indoor and outdoor swimming pool, four cricket fields, a nine-hole golf course, and rowing on the lake that will host the 2012 Olympics.”

A point reiterated by former England Test batsman Ed Smith in the Times:

All in it together? Pull the other one.

54 Responses to “Priced out of the playground: Tory Wandsworth to charge kids to play”