An in-depth analysis of current European and American immigration policy under President Obama and what it can teach the UK, by ippr's Matt Cavanagh. 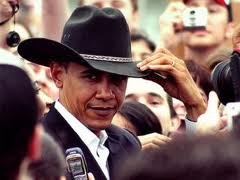 This week Europe saw the latest sign of the growing public concern over immigration across the developed world, as the Schengen group of European countries responded to domestic political pressure by re-introducing limited checks on their internal borders – more symbolic than real, perhaps, but a big symbol nonetheless.

In Britain, the Conservatives signalled their intention to keep immigration on the political agenda. Less well reported was a significant development in America, where President Obama travelled to the Texas border town of El Paso to deliver a major speech on immigration. For observers of the British debate, there were some interesting parallels, but also important contrasts.

Overall, the most striking parallel was that of a centre-left political leader balancing pro-immigration messages with tough messages on border security.

He talked about having “increased the removal of [foreign] criminals by 70 per cent”, and about there being “more boots on the ground on the southwest border than at any time in our history”, along with new unmanned aerial surveillance vehicles, and the controversial border fence.

Many of these specific points, as well as the overall shape of the narrative, echoed speeches by Tony Blair and Gordon Brown in the last decade. Centre-left leaders know they have to balance their messages on immigration to have any chance of winning the public debate – even if that goes down badly with some of their core supporters.

But there were contrasts as well. The most obvious and important was over how Obama handled the issue of illegal immigration.

Here too, he was careful to send a balanced message. He said the overwhelming majority of illegal migrants are “just folks trying to earn a living and provide for their families”, but qualified that by saying that they “have to acknowledge they have broken the rules… [and] made a mockery of those who are trying to immigrate legally”. But the mere fact that the narrative was balanced, on illegal as well as legal immigration, is a contrast in itself.

And in policy terms, the major thrust of Obama’s speech was to keep alive the idea of earned regularisation: a systematic way for at least some categories of illegal migrants to achieve legal status, provided they pay tax, pay a fee or fine, speak English, and pass security checks and certain other conditions.

In particular, Obama was urging moderate Republicans to continue to support the DREAM Act, reintroduced to Congress last week, which proposes earned regularisation for around 750,000 of the least controversial and most sympathetic category of illegal migrants: those who arrived in the country as minors, graduated from high school, and either get a degree or serve for two years in the American military.

Until recently this had been a mainstream position enjoying significant cross-party support, embodied in the 2005 McCain-Kennedy Bill. But this and subsequent compromise bills failed to make it into law, and now the recession and the emergence of the Tea Party have hardened attitudes to immigration among voters and Republicans in Congress.

Still, even after this shift, the shape of the American debate on illegal immigration remains completely different to Britain, where neither of the two main parties has been willing to touch earned regularisation. The Liberal Democrats did include a version in their last manifesto, but it was unpopular with voters, and the Lib Dems quickly dropped it in their coalition negotiations.

There are several factors behind this contrast. First, for all the parallels in political strategy, Obama’s language on immigration is more positive than centre-left leaders in Britain or even continental Europe, and this reflects a quite different tone in the American public debate on immigration. As Obama said on Tuesday, Americans “define ourselves as a nation of immigrants”.

It is this, rather than Obama’s personal history, that allows him to state simply and confidently that immigration is not just good for the economy, but “the right thing to do”.

In Britain, while immigration has played a big part in our history, we do not regard ourselves as a nation of immigrants. Obama can successfully caricature his critics, who complain that the border fences and patrols and UAVs are not enough, by saying – “what do they want, a moat?” Britain has a moat: it’s called the English Channel. We still define ourselves as an island nation – tolerant of newcomers, enriched by their contribution, but not made up of them.

It is this fundamental difference in our national story, more than the events or political decisions of recent years, or even the xenophobic approach of much of our popular media, which explains why Britons remain more concerned and hostile about immigration than Americans or for that matter continental Europeans. Attitudes are hardening across the developed world – partly because of the recession, partly pre-dating it – but Britain remains an outlier, and this is something all British politicians need to take into account.

The second big contrast is the numbers. Obama talked about there being 11 million illegal migrants in America, or around 3.5 per cent of the population; this compares to around 600,000, or 1 percent, in the UK.

The sheer scale of the problem in America increases the pressure for reform, from communities, businesses, faith leaders and others. It also alters the democratic arithmetic, and the political calculations of the parties. It’s been estimated that Latinos swung four states in the last Presidential election; next time it might be six. This is one reason why despite the wider shift in attitudes, some Republicans as well as Democrats want to keep talking about regularisation. They know that if the Democrats succeed in ‘owning’ the issue, they could secure the growing Latino vote for a generation.

But for now, too many other voters are opposed to immigration reform, and for them too it is starting to be an issue that affects their vote rather than a mere grumble. Surveys show a similar overall picture to Britain and Europe, with attitudes hardening among lower-paid Democrat identifiers and moderate Republicans, as well as Tea Party supporters.

The impression remains that despite Tuesday’s speech, immigration reform won’t be one of Obama’s priorities – maybe not even in a second term. He probably believes he couldn’t deliver it even if it was. So his strategy is to look like he’s trying, to be able to say he kept the issue on the agenda, and to be able to blame Republicans for blocking reform, rather than having to defend himself against accusations of lacking courage or commitment.

As a political judgment this is hard to criticise. And in fact this strategy may offer the most likely scenario for progress on immigration reform in the longer term: Obama keeps the issue alive, and the next Republic administration have to deliver it, to ensure they don’t lose the growing Latino vote for a generation – also conforming to the rule that it is easier for right-wing parties to get away with liberalising immigration (or cutting defence), and easier for left-wing parties to get away with reforming healthcare.

Supporters of liberal immigration policies in Britain need to take an equally long term view. IPPR’s recent report on irregular migration, ‘No Easy Options’, restated the economic, social, and human benefits of earned regularisation, but argued that it would be counter-productive to push for such reform without broad political and public support, and concluded that there was no realistic chance of securing that support in the foreseeable future.

This should not be seen as a counsel of despair. There are plenty of other reforms which progressives can realistically push for – including a more humane immigration system, a less restrictive attitude to skilled migration, and a continued focus on integration and citizenship rather than a return to the discredited ‘guest worker’ approach.

As well as being important in their own right, all of these would help foster a more positive and optimistic overall debate on immigration, increasing the prospects of future progress in more difficult areas, including earned regularisation.

10 Responses to “The American immigration debate – a chance for liberal reform, but not yet”