Shamik Das reflects on the capture of Bosnian Serb war crime suspect Ratko Mladic, and looks back at the bloody massacre, the genocide in Srebrenica in 1995. 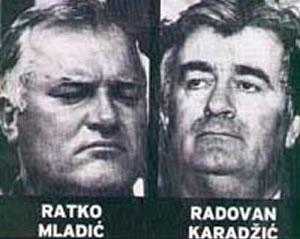 One of the most evil men in history, the man responsible for the worst atrocity Europe has witnessed since the Second World War, former Bosnian Serb commander Ratko Mladic has been captured. The ‘Butcher of Bosnia’, for years at large and living free in Serbia, was last night languishing in a prison cell in Belgrade following his arrest and arraignment.

General Ratko Mladic, indicted for the 1995 Srebrenica genocide, ordered the massacre of tens of thousands of Muslims, alongside Radovan Karadzic, currently on trial at the UN war crimes tribunal in The Hague – where Mladic will shortly be extradited.

Karadzic and Mladic waged a bloody war on Bosnian Moslems and Croats, committing genocide on a scale not seen in Europe since the Second World War. Pictures of emaciated men and boys herded into concentration camps reminiscent of Aushwitz, cities under fire from snipers, mortars and rockets; scenes not witnessed for half a century.

Muslim males as young as 13 ordered to line up along the side of the road and shot in the back, their cowardly killers lacking the backbone to look them in the eye.

Children raped and tortured while their parents looked on, helpless; mental degradation and humiliation to go alongside the physical scars merely for believing the “wrong” faith as neighbour turned on neighbour. Time has not lessened those horrors nor faded the memories.

Watching reports of the massacres, remembering the past, sent a shiver down my spine – images seared into one’s consciousness, as I’m sure it was Tony Blair’s and a young David Cameron’s, watching on helplessly as blue bereted, thinly armed UN peacekeepers turned a blind eye to the massacres unfolding before them. That the international community allowed such carnage to take place in our time and on our doorstep is unforgivable.

Below is an eyewitness account of the Srebrenica massacre, from a man named only as Suljic, a 54-year-old disabled bricklayer – one of only three men, alongside Mevludin Oric and Smail Hodzic, known to have survived; Suljic puts Mladic at the scene:

As Srebrenica fell after three years of siege, residents had two choices: hope U.N. soldiers could protect them, or try to escape west through Serb-held forests to government territory. Suljic figured the Serbs would have no use for a bricklayer with a bum leg, and joined thousands of others – mostly women and children – seeking refuge at the main U.N. base. But Serbs occupied the base and, while Dutch peacekeepers watched helplessly, separated several hundred men and shut them up in a nearby warehouse. Suljic was among them.

Suljic said some 100 were taken away the first day, supposedly for questioning. While on a visit to the bathroom, he believes he glimpsed one of them being beaten by Serb soldiers with an iron bar and an axe in a room with a blood-covered floor.

The next day Mladic visited the warehouse and told the group they would be exchanged for Serb prisoners of war. But instead of heading to the front line, they were taken to a sweltering sports hall in Krizevci, about 22 miles north of Srebrenica. Through the night, bus after bus arrived. On one was 25-year-old Oric, a soldier captured by Serbs as he fled through the woods. Oric said the Serbs sometimes drove U.N. vehicles, or wore blue U.N. flak jackets confiscated from peacekeepers.

Suljic, using his bricklayer’s skills, estimated the area of the sports hall was roughly 600 square yards. He said he counted four to five men a square yard, for a total of 2,400-3,000. The men rested on each other. Those who couldn’t sit, stood. Mladic appeared again on July 14, three days after the fall of Srebrenica. Suljic recalled that the general, accompanied by aides, greeted the prisoners by saying “hello, neighbors”.

“We started yelling at him, ‘Why are you suffocating us here? Better kill us all,’” Suljic said. Finally the prisoner exchange was said to be ready. Men were given water for the first time since arriving in Krizevci. Then, they were placed in two small trucks, 10-15 men a truck. Suljic, thinking his ordeal was ending, was among the first. Suljic and Oric both noted that as the open-back trucks left, they were followed by a red car. In the passenger seat was a man aiming an automatic rifle at the prisoners.

“We went a bit up the hill, slowly,” Suljic recalled. “The sound of some machines was becoming louder and louder. We were obviously approaching them. The truck turned left and stopped in the grass. We saw a field covered with bodies. They ordered us to come out and line up with our backs to the soldiers, and our faces to the field of bodies.”

There were two firing squads of five soldiers each, armed with automatic rifles. Suljic was in the first row looking at the bodies, with two rows of prisoners between him and Serb guns. “I could hear automatic gunfire. They fell on me, and I fell on my stomach. But I wasn’t hit,” he said.

In intervals between the shooting, a Serb soldier walked among the bodies and finished off those still moving with a pistol shot to the head, Oric and Suljic said. Oric said whenever anyone showed signs of life, he was killed. At one point, he heard an old man plead: “Please don’t do this to us, children. We haven’t done anything to you.” He, too, was killed. Group by group, trucks brought prisoners, who were gunned down in turn. When it became too dark to see, the soldiers used the headlights of two backhoes, Suljic said. Finally the shooting stopped, and Oric heard a voice saying the dead would not be buried that night. But guards refused to spend the night, and all the Serbs eventually left.

Suljic stood and looked around the quiet countryside under a blanket of stars. Moonlight illuminated “a sea of bodies”. He tried to shout “Is there anybody alive? If there is someone, get up, and let’s go”. It came out as a whisper. But it was loud enough for Oric, lying about 20 yards away. As he stood, Oric said: “The only thing I saw was dead people all over the place, one on top of the other. I got very scared and started crying. I couldn’t stop. This man came to me, it was Hurem, and he asked if I was wounded.”

Stepping over bodies, the two headed into the forest. In the morning, they reached a burned-out village. Stopping to pick apples, they saw a man ahead. It was Hodzic, the third known survivor. Suljic said the three climbed a hill, oriented themselves, and began walking toward government positions. Three days later, they crossed a mine field at the front line and were met by Bosnian soldiers.

No more inaction. No more walking by on the other side. The world would no longer sit by passively and watch another Bosnia. Or Rwanda. Intervention to prevent genocide, intervention for greater reasons than narrow self interest; intervention in defence of life, liberty and freedom. A responsibility to protect our fellow man.

As Tony Blair, upon witnessing the ethnic cleansing of Kosovo and intervening to prevent another genocide, said in 1999:

“This is a humanitarian catastrophe that we have to avoid. There are tens of thousands of people that will die, or will be driven from their homes, and this place – Kosovo – is right on the doorstep of Europe, it is right next door to Greece, to Italy, to places people are very, very familiar with in Britain. This is why we have to act, it is not that we enjoy the spectacle of using military force. We don’t, we shrink from it.

“We tried for months to avoid it, but we are doing it because we genuinely believe in the name of humanity and the name of peace in this region. We have no alternative.”

And as our current prime minister, who alongside President Sarkozy and President Obama, stood up to be counted in defence of the people of Benghazi, said yesterday:

“This is excellent news because we have to remember this man stands accused of some absolutely horrific crimes. People should recognise that it’s right that international law has a very long reach and a very long memory, and this should send a signal to all war criminals everywhere. In the end, we will get you.”

Spot. On. Whether it takes 16 years or 66, be it Sobibor or Srebrenica, you can’t hide forever; keep looking over your shoulder, keep living in fear: you will be caught, justice will out.