The Fabian Society's Natan Doron calls for some much needed sense and perspective over the deficit debate in the light of President Obama's alternative reduction plans for the US. 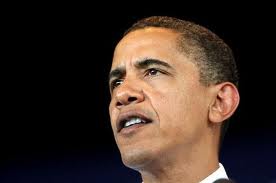 Following President Obama’s announcement of his plans to cut the US budget deficit last night, Natan Doron, a researcher at the Fabian Society, looks at how the deficit debate is being framed

As Will Straw pointed out on Left Foot Forward this morning, Obama is going three times slower than George Osborne’s deficit reduction plans. The US deficit is 9.5% of GDP in 2011, similar to the UK’s 9.9%. Obama’s plans are to bring the US deficit down to 2% by around 2020; Osborne plans to get there before the next general election.

Recent political commentary on the UK’s left has been trying to find a better way to frame Labour’s economic policy, a policy which essentially equates to what Obama has just announced.

Asher Dresner recently pointed out that “we’d cut but not as fast” is a hard one to sell. It doesn’t appeal in the same way that David Cameron’s “rolling up our sleeves to tackle the debt” policy sell does. The language of toughness appeals.

Dresner’s suggestion of a mortgage analogy was torn apart by LabourList’s eager comments section and one particular individual declared that analogies to explain policy are a sign of weakness. That’s not entirely fair, a good analogy to explain a complex policy is not always the easiest thing to do and if done well can frame the debate in your favour.

Indeed, Cameron, Clegg and Osborne’s success in building up public fear around the deficit is one of the chief reasons that Labour has struggled to present a credible alternative over the last few months. Obama’s recent move now gives us a credible example of such an alternative and should help us unpick the scaremongering coming from the right in the UK.

The culture of fear around this word is in full swing, and it does our public discourse no good. We even have deficit deniers. Those foolish and brave enough to deny the impending doom signalled by that gap between spending and revenue.

The framing of the debate has become so unhelpful that some suggest the main reason we have this deficit is because Labour employed too many people in the public sector, particularly in local government. Furthermore, we are told again and again that not cutting the deficit as fast as we can, will overnight turn our country into Greece, Portugal or, shock horror, Ireland.

The fact that left-wing commentators still need to remind people that the biggest market failure in recent history caused a financial crisis resulting in unprecedented government spending to bail out the banking sector is ludicrous but again affirms how widespread deficit-phobia has become.

But there are dangers downstream too. Yes, the deficit is huge and needs to be cut, but deficits themselves have been the norm and not the exception over the last few decades, regardless of what government has been in power. The reason they’ve been the norm is that deficits are a useful macroeconomic lever allowing governments to invest in schemes to generate long-term GDP growth.

The most poignant symptom of the bad health of our public debate on the economy is the recent emergence of the “rally against the debt” group, headed up by a former UKIP advisor, who see nearly all taxation as theft and almost all government action through some kind of paranoid, Orwellian lens. The centrepiece of their rally is to be a mobile debtometer, displaying in numbers the scale of the deficit. Children and those with heart conditions are strongly advised to stay indoors.

This is why framing the debate really matters. The failure of a strong alternative narrative is allowing the debate on deficits and public spending in this country to move into tea party territory; i.e. paying for welfare programmes and infrastructure with tax revenue is somehow deeply immoral.

It’s time for the two Eds not to be deficit deniers, not even deficit defenders, but be the adults who turn the lights on and show the country that there’s no need to be afraid. The deficit revealers, if you like. Our public discourse deserves better than this.

We need to state the moral claim for having a society that pools its resources through tax to undertake public spending that makes us more equal, more compassionate, more competitive on the world market and prouder than ever of our place in the world.