James Mills reports on the OECD's calls for the coalition government to bring back EMA to help reduce its huge debt, and return growth to the UK economy. 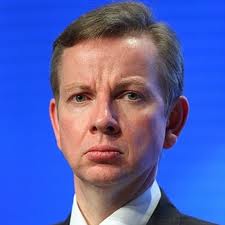 According to a report published yesterday called “Going for Growth”, the influential OECD calls on the UK government to reinstate EMA as part of a range of measures to help reduce its huge government debt, and return growth to the UK economy.

The report states that this is a result of:

It also acknowledges the argument that the government uses for scrapping EMA being due to the School leaving age rising to 18:

“It also plans to raise the secondary school leaving age to 18 years by 2015.”

But recommends the government to “improve targeting mechanisms” and encourage participation:

“Increase further the resources for disadvantaged students and improve targeting mechanisms. Encourage participation in secondary education by reintroducing the Education Maintenance Allowance. Ensure that vocational programmes provide skills that are relevant for the labour market.”

For those unaware the OECD (Organisation for Economic Co-operation and Development) is one of the most respected international economic organisations made up of 34 countries and quoted by this government on many occasions to support many of their other education policies.

For example, David Cameron called the OECD a “force for good” only last month. He said:

“As part of our work to get the global economy back on its feet the UK will continue to champion the Organisation for Economic Cooperation and Development. It’s one of the world’s major international economic organisations and a force for good in building the intellectual and political case for open markets.

“The OECD has the experience and the commitment to deliver on its declared aim: to promote ‘better policies for better lives’ in its member states and in the wider world.”

This is yet more proof that the decision to scrap EMA is among the most ill-thought out decisions this government has made.

It seriously questions the judgement of chancellor George Osborne and education secretary Michael Gove and the education and economic policies of our country. The government are against almost half the British people on this, the bulk of independent research which supports EMA, the leading economists in the country and now the leading economist in the world. If this government really listens it will change its mind on EMA.

The government is gambling with the future of some of the poorest teenagers in our country by scrapping EMA, and now today, according to the OECD, they are also gambling with our country’s economy.

The OECD makes it very clear that if you Save EMA , you’ll be helping to save the UK economy!

23 Responses to “OECD calls on Gove to save EMA”