Over the last few years the world has been moving towards a growing consensus over a key barrier to peace in the region - continuing Israeli settlement of the Palestinian West Bank, reports Seph Brown. 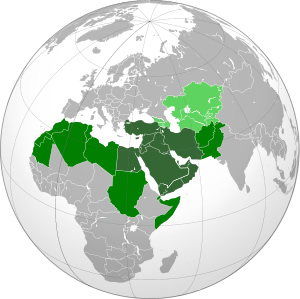 In the Middle East, it is difficult to find anything upon which the international community agree. However, over the last few years the world has been moving towards a growing consensus over a key barrier to peace in the region – continuing Israeli settlement of the Palestinian West Bank.

“The EU position on settlements is clear: They are illegal under international law and an obstacle to peace. Recent settlement-related developments, including in East Jerusalem, contradict efforts by the international community for successful negotiations.”

These sentiments have been echoed by the United States, France, Germany, Sweden, Spain, Jordan, Japan, Indonesia, Russia and many other governments around the world.

In February two thirds of the United Nations member states, 130 sovereign countries, supported a motion reaffirming the illegality of all Israeli construction on the West Bank and calling for an immediate end to their expansion.

Aside from the United States veto, the entire Security Council supported the motion. Even Germany, who traditionally abstains on issue relating to Israel for obvious historical reasons, felt compelled to add its name to the resolution; Israel responded by quadrupling settlement construction.

In the same month YouGov Siraj polling showed that an overwhelming 90% of Palestinians would not support the negotiations as settlement construction continued.

In light of Israel’s continuing insistence on ignoring the unprecedented international consensus, the question turns to what options remain to bring about an end to settlement construction. It is clear that President Obama’s plan to incentivise Israel’s compliance through aid deals utterly failed. Perhaps one of the reasons why Israel does not take the international community seriously is the political positions of most states are undercut by their economic actions when it comes to settlements.

Take Britain as an example; both the Labour government and the coalition have been fairly vocal in opposing settlements, but as Prosper Palestine’s research shows, there are 22 companies based in illegal settlements exporting to the UK. Ten of these companies have 17 British marketing subsidiaries. How can Britain expect to be taken seriously when the economic reality is that we are very much involved in sustaining and supporting settlement growth?

One argument might be to let the consumer decide on whether his or her purchases are ethical in light of the situation in the Middle East. However, labelling of products originating from illegal settlements is only “voluntary” under DEFRA’s 2009 guidance and many companies argue that the label “Origin – West Bank” is more than enough for consumers to make an informed choice.

But consumers remain unable to differentiate between West Bank settlement or Palestinian products and therefore cannot possibly make an informed decision. Prosper Palestine seeks to support calls such as those from the Labour party to engage in mandatory labelling of illegal settlement goods, but the main question around the feasibility of allowing British firms to financially and economically support settlement growth will not go away.

Through our research, we seek to make the case for serious engagement with the issue of settlement and the inconsistencies which riddle current foreign policy. Based in Ramallah, Berlin and London, we will be conducting similar research for each major European economy and over the next few months, present these papers to their governments, civil society campaigns and businesses.

7 Responses to “Settlement construction remains an obstacle to peace”