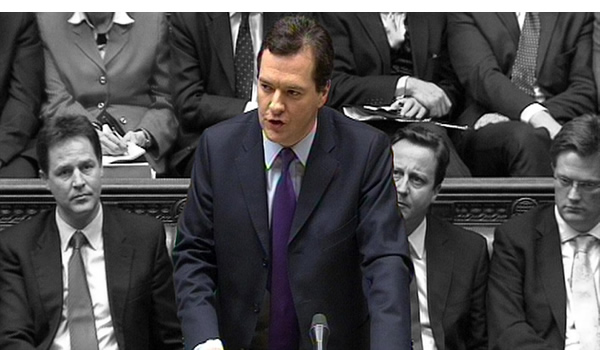 Prior to yesterday’s developments, Scotland was keenly anticipating what would be said on the cost of fuel, widely seen as having been crippling to a country reliant on a large rural economy. Following the budget speech, Lib Dem Chief Secretary to the Treasury Danny Alexander – himself an MP for a large Scottish rural constituency – said the chancellor’s announcement on fuel duty would play an important role in helping Scots:

For his opponents north of the border, however – currently engaged in a lengthy campaign ahead of May’s elections to Holyrood – all was not as rosy as Mr Alexander would suggest, with concerns over the additional £2 billion to be taken from North Sea Oil revenue to finance the 1p cut in petrol duty.

For Labour, its leader in Scotland, Iain Gray cautioned Scots against believing the moves on fuel would be as significant as the Conservative-led government would have them believe. He explained:

“You have to be careful about not damaging investment prospects in the oil industry. But what makes me sceptical is that George Osborne wants credit for cancelling a planned increase something which Labour did on a dozen occasions previously when the oil price was high.

“Its clear this budget wont deliver growth and the chancellor’s own figures downgrade the growth forecasts.”

Similarly, Scottish National Party finance secretary, John Swinney, argued the fuel duty cut was too small and would have little effect. He continued by dubbing the budget:

“…a major missed opportunity for the chancellor to reverse his swingeing cuts in capital spending.”

Cuts which he argued amount to a 36% cut in Scotland over the period of the spending review.

The Treasury, meanwhile, has confirmed that the next Scottish government will see an additional £112 million made available to them to spend as they wish as a result of the consequentials of increased spending by Whitehall departments.

In Wales, the news that the Assembly government will benefit from the budget to the tune of £65 million was seized upon by Welsh secretary Cheryl Gillan as a sign the budget had delivered a “good deal for Wales”.

For the assembly government, however, Labour finance minister Jane Hutt expressed disappointment the action on fuel duty did not go further than it did to support families and businesses across Wales.

Hutt said of the budget:

“Today, the chancellor had an opportunity to take action to help hard pressed families across Wales who are suffering from rising prices, as well as rising taxes and falling benefits. I am very disappointed that he didn’t take this opportunity.”

Meanwhile, picking up on the chancellor’s admission that growth in 2011 would be less than previously expected, Plaid Cymru outlined why the Mr Osborne’s announcement would fail to deliver growth for Wales. The party’s Treasury spokesman Jonathan Edwards explained:

“The UK Government should have pushed for growth in the economy first and secured the recovery, before making massive cuts to public sector jobs and investment. Quite simply, they got it the wrong way around.

“Capital investment, in new schools, new hospitals and new roads, is key to making our economy work in Wales, by creating jobs for our construction industry and developing vital infrastructure. On top of that, the Treasury has mugged Wales by taking back £385m End Year Flexibility that we were keeping to use for just this purpose.”

On Monday, Welsh Labour published figures revealing that the Welsh economy had lost £50.7 billion as a result of the coalition’s decisions not to proceed with the Severn Barrage, the defence training academy at St Athan and the Energy Island project on Anglesey

In Northern Ireland, the most significant aspect of the budget was the chancellor’s announcement that the government will today publish a consultation on enabling Northern Ireland to lower its corporation tax more than the rest of the UK to better equip it to compete with the South.

“I look forward… to the publication of the government’s strategy on rebalancing the economy and specifically to the proposals to lower corporation tax in Northern Ireland. It is important that such proposals bring benefit to the wider community, including the business sector.

“This consultation document must lead to firm commitments and such commitments will be the benchmark of its success. It must ensure that Northern Ireland is placed at a more competitive position to attract foreign direct investment. There must be no disincentives for the wider population.”

However, despite the cross-party support for efforts to lower corporation tax, concerns remained over the downgrading of the growth forecast. For the Alliance, the Lib Dems’ sister party in Northern Ireland, deputy leader, Naomi Long concluded:

“Last year’s budget and the comprehensive spending review had already set the course for the term of this Parliament. Much of the bad news and big announcements had already been delivered. Today, by contrast, it was about smaller adjustments but no real change of direction.

“That is clearly of concern as the growth figures are not good, and indeed the targets for growth during this Parliament have had to be downgraded. Unemployment is also increasing. None of that suggests that the Government’s plans are working to ensure sustainable recovery.”

Meanwhile, the Northern Ireland Executive is set to benefit to the tune of £45 million as a result of the consequentials of increased spending by UK departments.

4 Responses to “Budget 2011: Reaction across the nations”