Shadow pensions minister Rachel Reeves argues that in the Budget, the government must match their ambitions for cuts with an ambition for growth of which British businesses and workers can be proud. 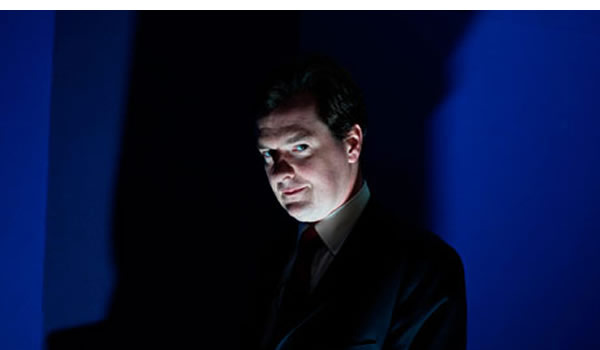 Shadow pensions minister Rachel Reeves MP (Labour, Leeds West) argues that in the Budget, the government must match their ambitions for cuts with an ambition for growth of which British businesses and workers can be proud

Tomorrow will see George Osborne unveil his second budget since coming to office almost a year ago. On deficit reduction the chancellor has shown leadership, come what may – but on growth, he has been absent from the debate. That must change tomorrow. The biggest test of the budget is whether it is good for growth, and the biggest risk to recovery is complacency about the ability of free markets alone to deliver recovery.

If Mr Osborne is listening, the data should have been his wake-up call. GDP figures for the last quarter of 2010 were alarming, showing the economy contracted by 0.6%. The government blamed snow, but it snowed in Germany and the US too, and they still grew.

The second wake up call should have been last week’s unemployment numbers, the highest in 17 years. Combined with falling house prices, and today’s figures showing inflation rising to 4.4 per cent, it is hardly surprising the government’s independent Office of Budget Responsibility have consistently downgraded their 2011 growth forecast at every chance, from an initial estimate of 2.6%, to 2.1% now, likely to be downgraded to 1.8% tomorrow.

Plan A is not going according to plan. These facts should be the wake up call the government needs to rethink.

Mr Osborne’s fall-back – his implicit Plan B – was looser monetary policy. But with the MPC currently split over whether to increase rates, and a consensus emerging on a rate rise in the late spring or early summer, Plan B is looking as forlorn as Plan A.

So tomorrow’s Budget is critical. The Government say they can’t change course, but Jonathan Portes, writing in the Financial Times recently, said this idea:

“…relies on an odd view of market psychology, one that says markets have more confidence in governments that never adjust policy, even when it is sensible…History suggests the opposite: that the real hit to credibility comes from sticking to unsustainable policies.”

Now is the time for a credible and substantial growth strategy.

First and foremost, we need to begin building the Britain of the future. A deficit reduction plan without a strategy for growth is selling Britain short. Confidence in UK plc requires more than balancing the budget – it requires confidence that we will have a competitive economy that productively employs its resources and draws on our strengths across sectors and regions, invests in science, skills, technology and infrastructure.

In particular, what we do need is action to help hard-pressed families with the rising cost of living and removing barriers to growth.

This should include Ed Miliband and Ed Balls’s proposals for a £2 billion bank bonus tax to create 110,000 new jobs:

• A £200m boost for the oversubscribed Regional Growth Fund.

But we also need to see the government publish the still outstanding green paper on growth.

Because despite what some on the right think, a growth strategy isn’t the same as a plan to reduce the size of the state or undermine the rights of workers to maternity and paternity leave, equality in the workplace and the right to request flexible working. Instead, the government should focus on the six things that would re-balance and grow the British economy:

First, a plan for Green Jobs: There is still the potential for Britain to be a world leader in the green technologies of the future, but the market requires certainty to invest and we are losing the initiative to countries are willing to provide it.

So far it has shown a distinct lack of ambition with no action on a Green Investment Bank that could provide the environment and security for long term private and public investment in the infrastructure for wind, solar and nuclear energy that would deliver jobs, energy security and a more environmentally sustainable energy policy.

Mr Osborne must set out how the Green Investment Bank will work, how it will be funded, and when it will be up and running.

Second, regional economic strategies are necessary: The Regional Growth Fund (RGF) is estimated to be ten times over-subscribed. With a two thirds cut to regional economic investment, cities and towns across Britain are missing out on opportunities to grow and diversify their economies, risking further overheating in the South East while other potential power-houses are left behind.

Third, we need an approach to business taxation that fosters growth: The government has trumpeted the cut in corporation tax, but it has been funded at the expense of investment and manufacturing allowances. So while big, established businesses have benefited from a tax cut, start up and investment intensive firms have seen taxes rise.

If we are to create the jobs of the future we need today’s entrepreneurs to innovate – and that is where limited funds should be targeted.

Fourth, we must invest in skills and education: Last year, eight million people graduated from university in China and India. No other country is cutting investment in universities, reducing the teaching grant by 80% and cancelling partnerships between business and universities as technology transfer partnerships are cut.

Universities and education must be part of a strategy for growth if we are going to be able to compete with the best graduates and technical skills the world has to offer.

Fifth, a focus on youth unemployment: This will ensure we build an economy that delivers for all. With youth unemployment approaching one million, it beggars belief that the Future Jobs Fund is closing its doors to new members at the end of this month, while the Work Programme is still not up and running.

The imperative to support people back to work has never been so great and government must have a plan of action if we are to avoid writing off a generation of young people.

Sixth, we must make banking work for the whole economy: The excesses of the banking sector must be tackled head on and the government must not shy away from the need for net – as opposed to gross – lending targets to ensure that access to finance increases in the year ahead. Lending, particularly to small and medium businesses, remains subdued and the government has to provide the petrol to enable businesses to drive the engine of recovery.

The Independent Commission on Banking’s recommendations are eagerly awaited to increase competition in the sector, but in the meantime the banks in their current form must be made to support, not stifle businesses.

The public recognise the need for austerity, but they also want to know the government have learnt the lessons from the crisis, and that they are determined to build a fairer and more sustainable economic future for Britain.

Britain could be a world leader in the jobs and technologies of the future, but only if the government supports growth There is no better place or time to start on that path than tomorrow’s Budget;. let’s hope the chancellor seizes that opportunity.