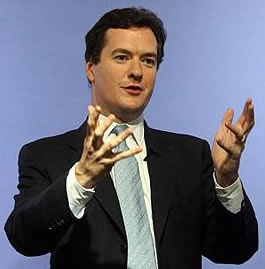 Martin Wolf is unmissable as ever in today’s Financial Times writing about growth. While finding praise for the government’s decision to eliminate a fixed age of retirement, he is scathing on other aspects of the government’s growth strategy.

Unsurprisingly given this week’s dire trade figures, Wolf doesn’t say anything about George Osborne’s preferred strategy of export-led growth. Instead, he focuses on investment:

“On capital, gross investment has reached a frighteningly low level, at below 15 per cent of GDP in the third quarter of last year, more than 2 percentage points below the pitiful average of the past three decades. The government should have used – it still could use – the current exceptionally low costs of borrowing as an opportunity to promote a much enlarged programme of investment in infrastructure.”

Osborne’s Treasury appears to be winning its battle with Chris Huhne’s Department of Energy and Climate Change over the size of the Green Investment Bank. This despite news yesterday that investors representing over £500bn in assets told the prime minister that they would have an interest in green investment bank bonds. Writing for this blog and for the Financial Times, Gerald Holtham of Cadwyn Capital has set out an alternative way ahead:

“The government could go some way to solving its growth dilemma, therefore, by helping to finance such investments in cases where a return could flow directly back to the public purse. That would stand the private finance initiative on its head. Instead of getting the private sector to raise expensive finance, build assets and lease them to the public sector, a new public sector entity – a national investment bank – would raise cheap finance to procure growth enhancing assets, then lease or sell them back to the private sector.”

Wolf goes on to criticise the coalition’s flagship approach to growth:

“[The government] should also reverse its policy of cutting headline rates of corporation tax, while limiting the investment allowances. This favours banking over manufacturing. Why do that?”

A Parliamentary Answer has shown that the banking sector will claw back £400 million per year from the tax cut by the end of the Parliament. Meanwhile, manufacturing is hit to the tune of £1.8 billion by cuts to capital allowances (Table 2.1, Budget). Michael Burke has written convincingly on why a race to the bottom on corporation tax cuts may not even promote sustainable inward investment. Unsurprsingly, Wolf also criticises the coalition’s approach to immigration writing that “the country must remain open to immigration of highly skilled labour.”

Martin Wolf and Gerald Holtham will join Wendy Carlin from UCL at a panel event on growth on February 28th at ippr to mark the launch of ‘Going for growth’, a collection of essays from a range of economic thinkers and writers on the enabling role for Government in promoting growth.