The Department for International Development is the first agency in the world to meet the new transparency standard, finalised on Wednesday in Paris. 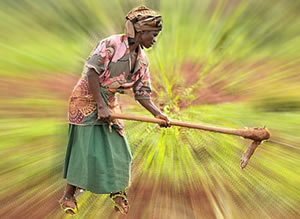 The Department for International Development (DFID) is the first agency in the world to meet the new transparency standard, finalised on Wednesday in Paris, which could revolutionise the development sector for good.

Delivering on their promise of greater government accountability and value for money, the coalition are continuing to open their books – this time to show us where UK aid money is going.

The development follows the prime minister’s instruction to government departments to publish all spending over £25 000, and is part of DFID’s ‘UKaid transparency guarantee’. The standard will provide a universal registry through which countries can share information on the aid they are spending in a format which is internationally comparable.

“For the first time, the aid activities of governments will be transparent, not only to other governments, but to the public too.”

When everyone can see how much aid is being spent where, and on what, governments, whether giving or receiving aid, can be held accountable by their citizens for spending it well. With a view of the bigger picture governments can ensure their plans coordinate with and compliment the activities of others, reducing the risk of duplication or waste.

“If aid recipient governments can find out what aid they will receive next year, they can plan how to use their own resources more effectively. At the moment they can’t see a coherent picture of all the aid going into their country, making budgetary decisions a constant challenge for them.”

For the potential of aid to be realised, other governments need to use this standard too. DFID is now doing its part. If other donors follow the UK’s lead, we could see a revolution which realises the potential of aid, and allows the public to see where their money is going.

13 Responses to “DFID leading the way on aid transparency”