Ed Miliband has come out fighting in today's Times pointing out Tory "deceit" on the deficit. The truth is uncomfortable for the Government. 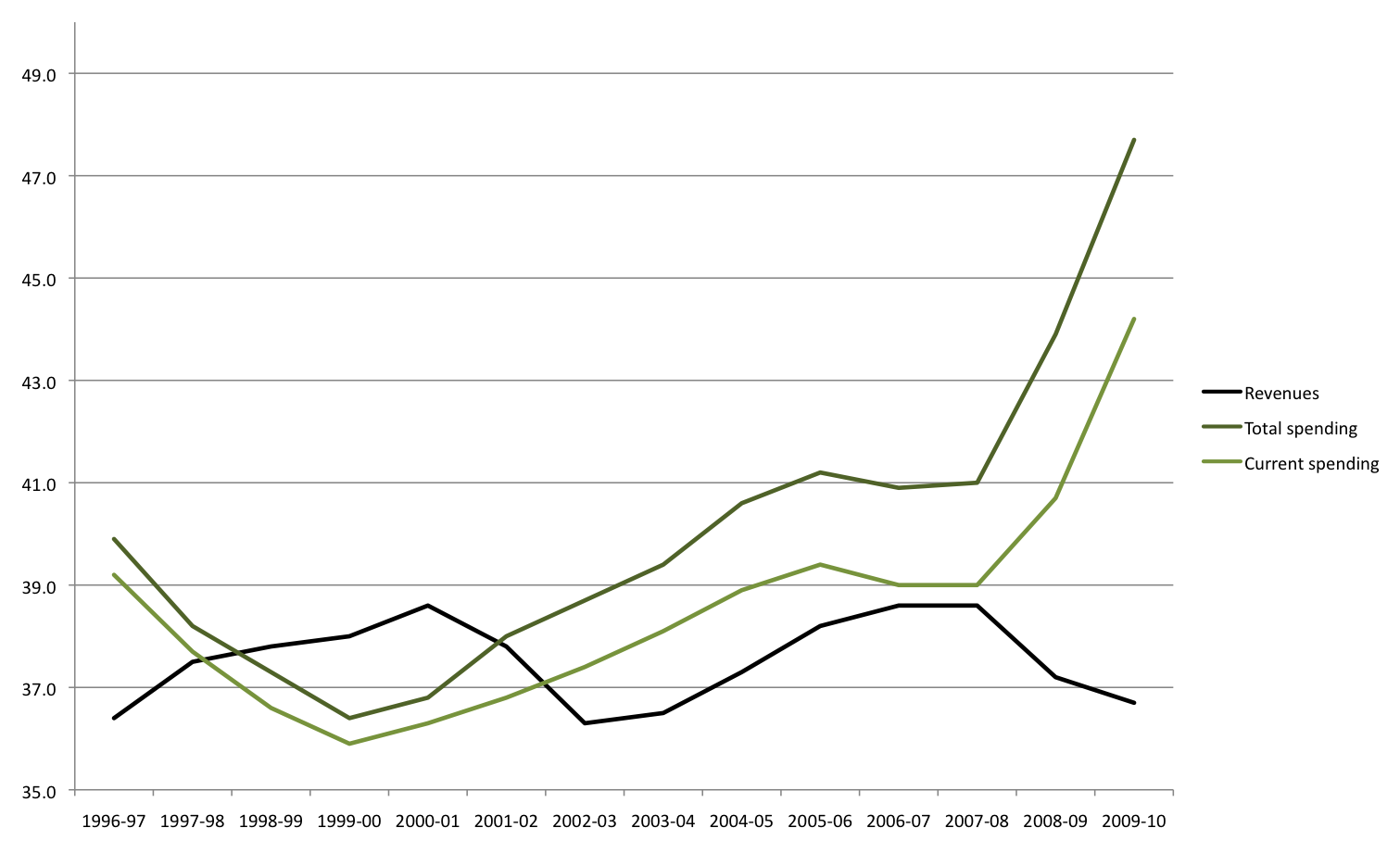 Ed Miliband has come out fighting in today’s Times arguing that “a great deceit designed to damage Labour has led to profoundly misguided and dangerous economic decisions”. The truth is uncomfortable for the Government.

“What is this deceit? It is that the deficit was caused by chronic overspending rather than a global financial crisis that resulted in recession and a calamitous collapse in tax revenues. One pound in every five of corporation tax disappeared in 2009-10. Their deceit ignores the evidence from around the world that a global credit crunch caused deficits to rise on every continent. The US and Japan face deficits of the same scale and for the same reason.

“Their deceit seeks to rewrite history, airbrushing out the fact that Britain’s debt at the outset of this crisis was the second-lowest in the G7; lower than it was under the Tories in 1997. And it forgets that neither of the two parties now in government called for lower spending at the time.”

How true. The Tories were committed to sticking to Labour’s spending plans until after the collapse of Lehman Brothers on September 15th, 2008. As the graph below shows, it was only as tax revenue fell through the floor and “automatic stabilisers” – like unemployment benefits and increased tax credits – kicked in that the deficit opened up. Prior to that point, the modest Public Sector Borrowing Requirement was due almost entirely to capital spending – entirely acceptable under the old fiscal rules.

Going into May 2010, the Lib Dems supported Labour’s spending plans (although that didn’t stop some of their candidates distorting the facts on debt). The Lib Dems only diverged from Labour’s fiscal policy at some point after they first sniffed the scent of power in that dramatic weekend in May. Yet by August they’d completely forgotten their pre-election policy with Chris Huhne taking the Tory line and declaring:

“A decade of spend, spend, spend meant Labour hid their heads. And they are still hiding them. Labour’s leadership candidates say that spending was not the problem. It was taxes. Nonsense.”

Understanding the truth about the deficit is critical to understanding the right response. Rhetoric about a “debt crisis” only raises expectations for calamitous policies like the rapid cuts to public services or the ideological rise in VAT which was only necessary to pay for tax cuts to corporation tax, council tax, national insurance, and income tax. Don’t be fooled.