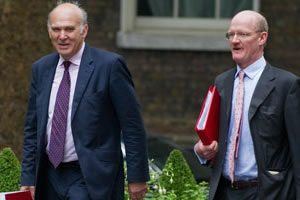 Twenty-four universities will see their entire teaching grants cut under the Browne review’s plans to focus Government spending on science, engineering, technology and maths undergraduates. Figures released by the Labour party from the House of Commons library confirm the likely impact of the Government’s reforms on England’s 128 Higher Education institutions.

As revealed on Left Foot Forward last week, David Willetts is intent on implementing the Browne review recommendation to scrap state funding of arts, humanities, and the social sciences degrees. A survey of Vice-Chancellors last week, revealed that many were “looking at losing between 75 and 95 per cent of teaching funds.” The House of Commons library figures show that 73 universities will see their teaching budgets cut by more than 75%.

Channel 4’s Fact Check has examined how the teaching cut will mean that most universities will have to charge fees of £7,000 or more. They conclude that:

“There seems to be little doubt that the changes to higher education funding announced today represent a significant shift from government funding to student funding for their education.”

The 24 Universities who may see their teaching grants scrapped entirely are:

“the overall resource budget for Higher Education, excluding research funding, will reduce from £7.1 billion to £4.2 billion, a 40%, or £2.9 billion, reduction by 2014-15. The Department will continue to fund teaching for Science, Technology, Engineering and Mathematics (S.T.E.M) subjects.”

But the £7.1 billion figure includes maintenance costs which are being extended by £400m. Scrapping all funding for “subject bands C and D” would, according to the House of Commons library, mean a £3.0 billion cut from the total £4.6 billion teaching grant – a cut of 67%.

I wonder if the Lib Dem MPs who were reliant on student votes realise what this will mean in their patch. These reforms would mean an 85% teaching budget cut for Sheffield Hallam in Nick Clegg’s constituency, Manchester Metropolitan students living in Manchester Withington are looking at a 69% cut, University of the West England in Bristol West will face 80% cuts, and Leeds Metropolitan will face 88% cuts.

84 Responses to “LSE, SOAS and Guildhall among Unis to see teaching grants abolished”