At an International Policy Network seminar this week, Lord Giddens and Lord Lawson, chairman of the climate change-sceptics Global Warming Policy Foundation, once more rolled out the familiar climate change sceptic argument that there has been no global warming so far this century. 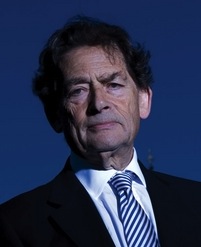 Our guest writer is Christian Hunt, who regularly writes on climate change

At an International Policy Network seminar this week, Lord Giddens and Lord Lawson, chairman of the climate change-sceptics Global Warming Policy Foundation, once more rolled out the familiar climate change sceptic argument that there has been no global warming so far this century. While it may seem like a pretty narrow thing to pick on, this one is a fairly old chestnut, and it’s worth examining whether the argument stands up to scrutiny.

“Whereas there was some very modest warming in the last quarter of the twentieth century there has been absolutely no further warming this century so far, despite a rapid increase in CO2 emissions, and despite the models predicting an acceleration, not just a continuation, but an acceleration of warming.

So has warming stopped this century, and does that mean we can’t trust climate models? Well, it’s their dataset, and the Met office themselves gave a pretty clear answer about this sort of thing in 2008:

“Over the last ten years, global temperatures have warmed more slowly than the long-term trend. But this does not mean that global warming has slowed down or even stopped. It is entirely consistent with our understanding of natural fluctuations of the climate within a trend of continued long-term warming.”

They also put it into bullet points, just in case:

• Global warming has not stopped;

As Realclimate say, even given that temperatures are rising at about 0.2 degrees a decade:

“… a flat period or even cooling trend over such a short time span is nothing special and has happened repeatedly before.”

What about Lawson’s second argument – that this shows you can’t rely on climate models? This is another frequent refrain of sceptic lobbyists, but again, on this issue the MET office specifically say:

“Similar behaviour [natural fluctuations in temperature] is also seen in individual model predictions of future climate change where the long-term warming trend is forecast to exceed 2° C per century.”

In other words, the models themselves predict exactly the kind of behaviour we’re seeing in the real world.

The moral of the story is that if you pick a short enough timescale, you can find temperature patterns which do pretty much anything – but all you’re doing is cherry-picking data. To get a reliable picture, you need to look at long term trends, and the long-term trend in global temperatures remains up, at about 0.2 degrees celcius per decade.

There’s a wealth of evidence that climate change continues to happen – the long-term trend in rising temperatures is just one part of it. Declining Arctic sea ice, melting glaciers, sea surface temperature increasing, air temperature in the troposphere increasing – considered as a whole, the evidence is extremely robust.

So if there are legitimate differences on how to tackle climate change, (and there obviously are), let’s have them out. But let’s do it in on the basis of all of the evidence, not just the fragments that we can twist to support our own views. Otherwise, it’s kind of a waste of a good seminar.