The IMF has arrived in Dublin. Despite Minister for Justice Dermot Ahern dismissing on Sunday any talk of Ireland getting a bailout from the IMF or the Stability Fund as ‘fiction’, the reality could no longer be denied on Tuesday evening as Minister for Finance, Brian Lenihan, was forced to admit that the governement was about to commence “short focused consultation” with the IMF and EU Officials. 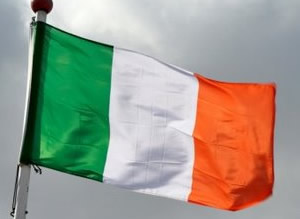 Aoife Carroll is a member of the Irish Labour party

The IMF has arrived in Dublin. Despite Minister for Justice Dermot Ahern dismissing on Sunday any talk of Ireland getting a bailout from the IMF or the Stability Fund as ‘fiction’, the reality could no longer be denied on Tuesday evening as Minister for Finance, Brian Lenihan, was forced to admit that the governement was about to commence “short focused consultation” with the IMF and European Union Officials.

The seeds of Ireland’s economic collpase were sown long ago. Like the rest of the world, our economic and banking systems were affected by the collapse of Lehman Brothers in September 2008 but our problems did not soley arise out of global problems.

Instead they are a product of a decade of disastrous ecnomic policies that emphasised property development and led to a massive property bubble that was always going to burst. This was Ireland’s special version of crony capitalism.

Despite exhortations by the government to pull on the ‘Green Jersey’ to support “the cheapest bank bailout in history”, the Labour party stood alone on 30th September 2008 in opposing the blanket guarantee proposed as a resolution to our banking crisis. Sinn Fein and Fine Gael buckled under extreme pressure from Fianna Fáil and voted with the government that night.

We were told it would be the “cheapest bank bailout in history”. It has turned out to be the most expensive. Irish banks, led by the now nationalised Anglo Irish Bank, have become a black hole money pit which will, at last count, need €34 billion to survive.

As the Irish deficit rises and the bond yields hit 9 per cent, the government announced an austerity plan that would involve cutting €15bn from the budget over a four-year period with €6bn of those cuts being frontloaded in 2010/2011. By way of compairison, taking €6bn out of the Irish economy is the equivilent of the United States abolishing their Department of Defence in one go.

From the start of the crisis the Labour party has proposed an alternative path to recovery that has focused on providing stimulus-led job creation along with cuts in public expentiture. Unlike the government, the Labour party has argued that our banks should not be given a blank cheque to cover their reckelss practices during the boom.

The anger in Ireland is palpable, and can be witnessed in this video. The people feel betrayed and lied to. The government has lost all credibility, exemplified by the fact that it was the Govenor of the Central Bank, Patrick Honohan, who was the person who finally admitted that an IMF/EU bailout was on the way after a weekend of insistant denials from the government.

Ireland has ended this week effectively in receivership with our intertnational credibility in tatters. Fianna Fail brought us to this point through a combination of reckelss economic policies and a failure to properly regulate the banks. Ireland will get out of this mess. There is another way and the time for a fundamental shift in Irish politcs has arrivied.